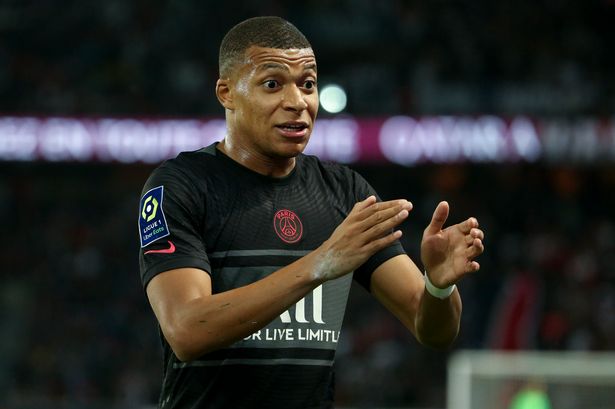 French professional footballer who plays as a forward for Paris Saint-Germain club, Kylian Mbappé Lottin, better known as Kylian Mbappe has shared his failed contract negotiation with the Ligue 1 club early in the summer.

Naija News recalls that Mbappe was a top priority player signing for Real Madrid in the last transfer window.

The Spanish football club made two offers of £137million and £154m for the player, both of which were rejected by PSG. The 22-year-old footballer had also confirmed to sports pundits that he asked to leave for Real Madrid at the end of July.

Mbappe’s dream of joining Madrid was, however, thwarted as PSG gave no positive response to the offers presented before them. Naija News understands Mbappe has now entered into the last year of his current deal at the Parc des Princes.

He will become a free agent in June and can negotiate with foreign clubs from January. Speaking to RMC Sport in a recent interview, Mbappe said he actually wanted to leave midway through the summer to give the Ligue 1 giants time to source a replacement.

He said: “I asked to leave because, from the moment I did not want to extend, I wanted the club to have a transfer fee to have a quality replacement.

“It is a club which brought me a lot, I have always been happy, the four years that I spent here, and I still am.

“I announced it early enough that the club can turn around. I wanted everyone to come out grown up, to leave hand in hand, to make a good deal, and I respected that. I said, ”if you don’t want me to leave, I will stay.

“I said that I wanted to leave and I said it quite early. I did not appreciate the idea that “yes, he came in the final week of August…” because that, that makes me sound like a thief. I said at the end of July I wanted to leave.”