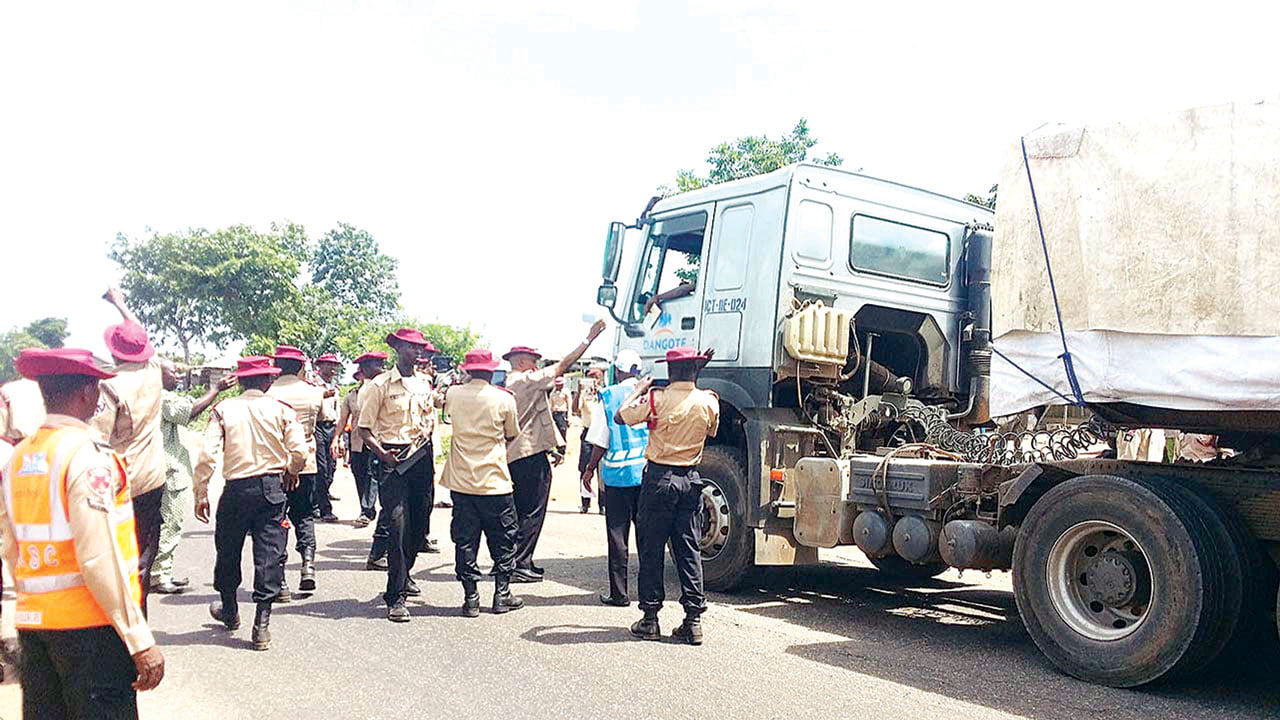 The Federal Road Safety Corps(FRSC) has announced that a new operation will begin on Monday, October 4 which will involve a thorough search of driver’s licenses and vehicle licenses in Lagos.

The corps commander, Olusegun Ogungbemide said that most drivers often commute without their drivers’ license and this would not be tolerated any longer as the sector will begin a thorough search beginning Oct 4 and ending Oct 10.

He also said any driver that was found wanting would have his vehicle impounded till his license was produced.

He said: “The first phase of the special patrol tagged “Operation Show your driver’s licence” showed that some motorists still drive without their valid driver’s licence while some don’t have at all.

“With the recent increase in vehicular movements as a result of the ember months, there is the need for all drivers to be handy with their driver’s licences.

“The exercise will ensure all drivers have valid vehicle papers as the command begins “Operation Show Your Driver’s Licence and Vehicle licence.”

He also stated that those who produce the photocopy of their license would have to supply the original within 24hrs.

He said: “Regulation (2) also stated that any person who contravenes the provision of regulation 67(1) commits an offence and shall be liable on conviction to a fine of N10,000 or to a term of one year imprisonment or to both.

“For motorists who drive without vehicle licences, Regulation 67(3) states that any person driving a vehicle must be in possession of at least the photocopy of the vehicle particulars.

“The original shall be provided to the appropriate authority within 24 hours if demanded.

“Regulations 67(4) says any person who contravenes the provisions of regulation 67(3) commits an offence and shall be liable to a fine of #3,000 or six months imprisonment or to both,”