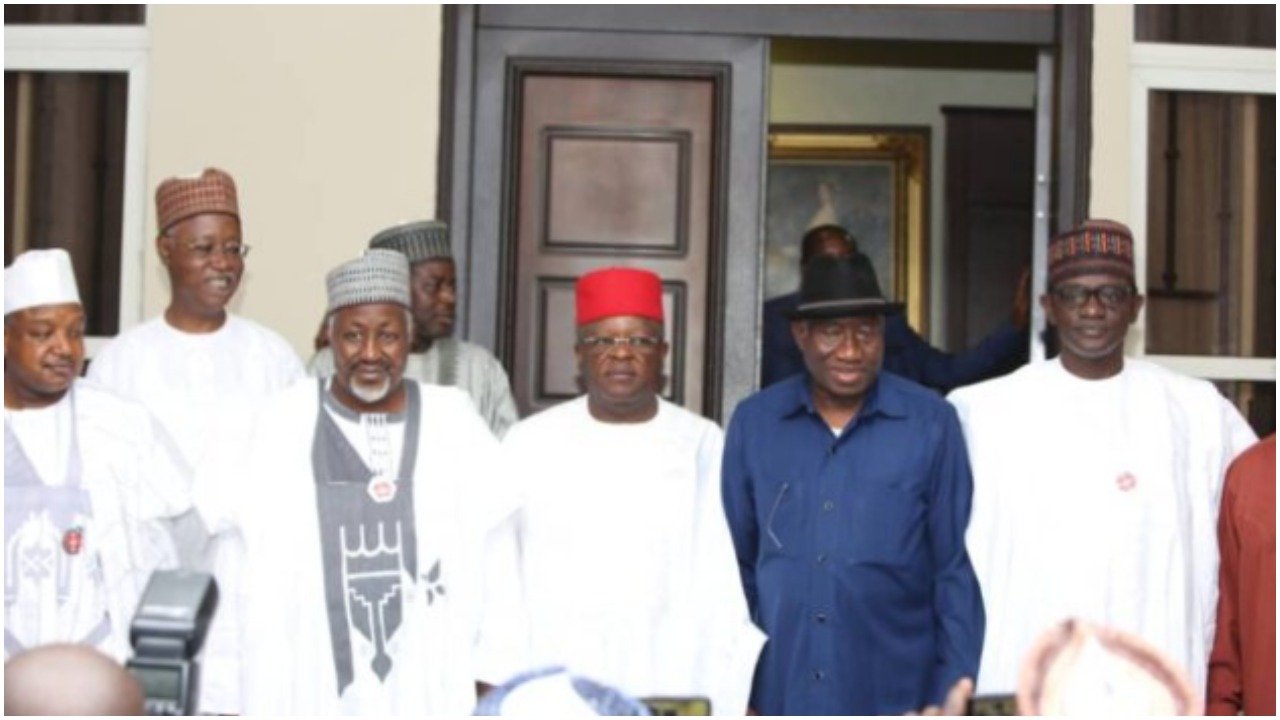 At a time it is being rumoured that All Progressives Congress (APC) leaders intend to hand the party’s 2023 presidential ticket to former president Goodluck Jonathan, APC governors, under the umbrella of the Progressive Governors Forum (PGF) have reminded Nigerians of some low points recorded when Jonathan was in power.

Pointing to the purported diversion of $2.1 billion meant for arms procurement in 2014, the ruling party’s governors asserted that as of 2015, Boko Haram terrorists had spread to parts of Northwest and North Central, notably, Kano, Kaduna, Niger, Kogi, and Nasarawa states apart from controlling most parts of the Northeast

Naija News reports that the Director-General of the PGF, Dr Salihu Lukman, stated this at the weekend while lamenting in a statement that the opposition was exploiting passive official communication by the APC and the federal government to achieve their negative objectives.

While recalling that the activities of the insurgents predated the APC administration, he said, “In both the Northwest and North Central, the problems of cattle rustling were rampant. Kidnapping was also there in many parts of the South-South and Southeast. To worsen matters, there was the 2014 corruption case of $2.1 billion meant for arms procurement, which was diverted by Peoples Democratic Party (PDP)-led administration of former President Goodluck Jonathan.

“It is true that the problem of cattle rustling in the Northwest and North Central has graduated to banditry and it is assuming a war situation. However, it should be recognised also that the fight against Boko Haram has made significant progress. Unlike before 2015 when most parts of the Northeast were under the control of insurgents, this is no longer the case.”

It would be recalled that the National Secretary, APC Caretaker, and Extra-ordinary Convention Planning Committee, John Akpanudoedehe, had disclosed last month that Jonathan will be given an opportunity to contest for the 2023 presidency if he joins the ruling party, adding that the ex-president will be granted a founding member status if he joins.

With the defection of former Aviation Minister, Femi Fani-Kayode from the Peoples Democratic Party (PDP) to the APC, a public affairs analyst, Christie Obiaruko Ndukwe, said it was an indication that Jonathan will soon be jumping ship, reasoning that his staunch ally’s defection was to make way for Jonathan’s emergence as President in 2023 under the APC platform.