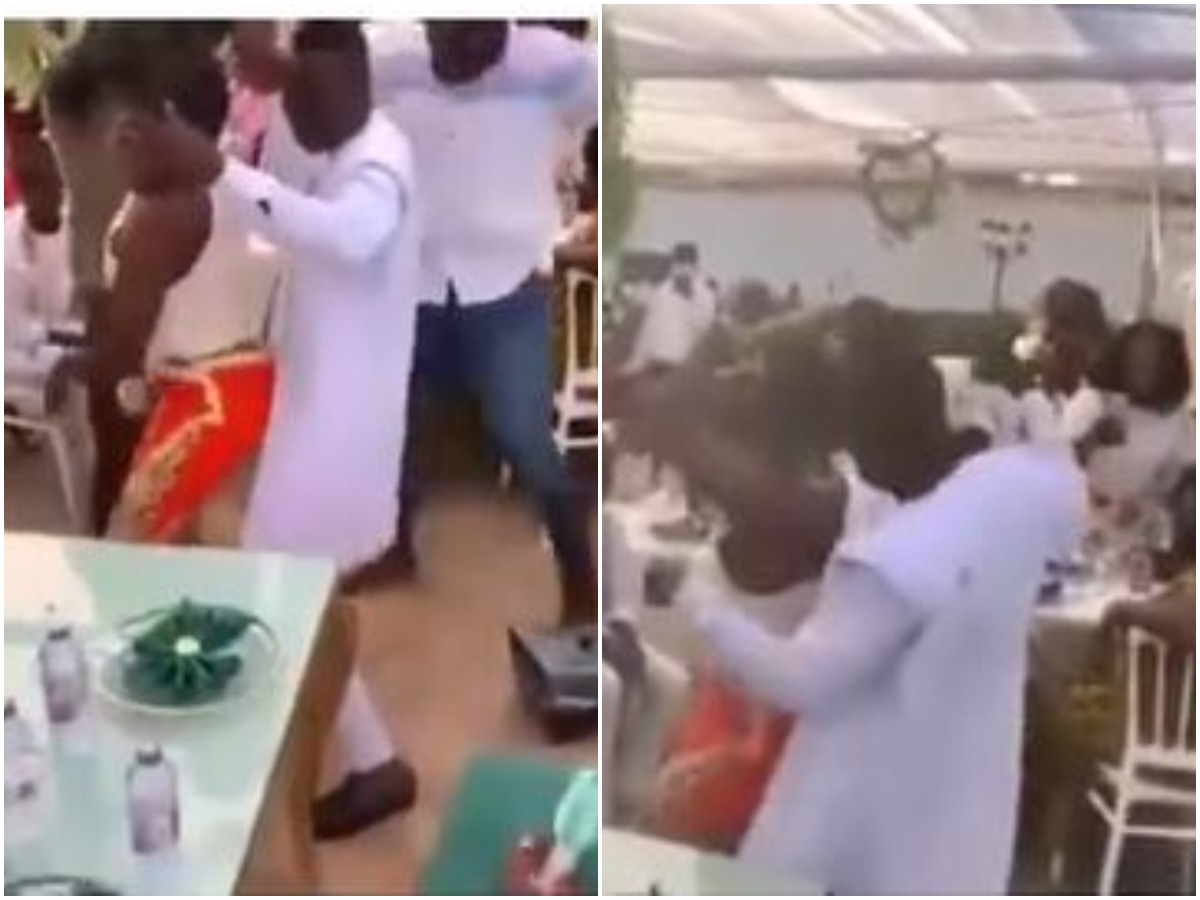 A video capturing the moment a groom left his bride to dance with another lady at their wedding reception has stirred reactions on social media.

In the video shared online, the groom who is yet to be identified was pictured dancing with a wedding guest while the bride sat and watched during the reception.

The video generated alot of reactions. Here’s some of the reactions below;

mhiz_ami_bugatti wrote; “This is disrespectful as fuck”

chyo982 wrote; Am so embarrassed on behalf of the bride😢… May we not marry a man that ll disrespect us privately and publicly

website__mobileapp__developer wrote; “This is not cool. Respect your wife.”

beyondstyle_collections wrote; “Some women will know a man doesn’t respect,yet they will go ahead & marry him.”

chinye_chukwuweike wrote; Something was very wrong before they got married, she took it, something is still wrong, she’s taking it… it is all wrong.