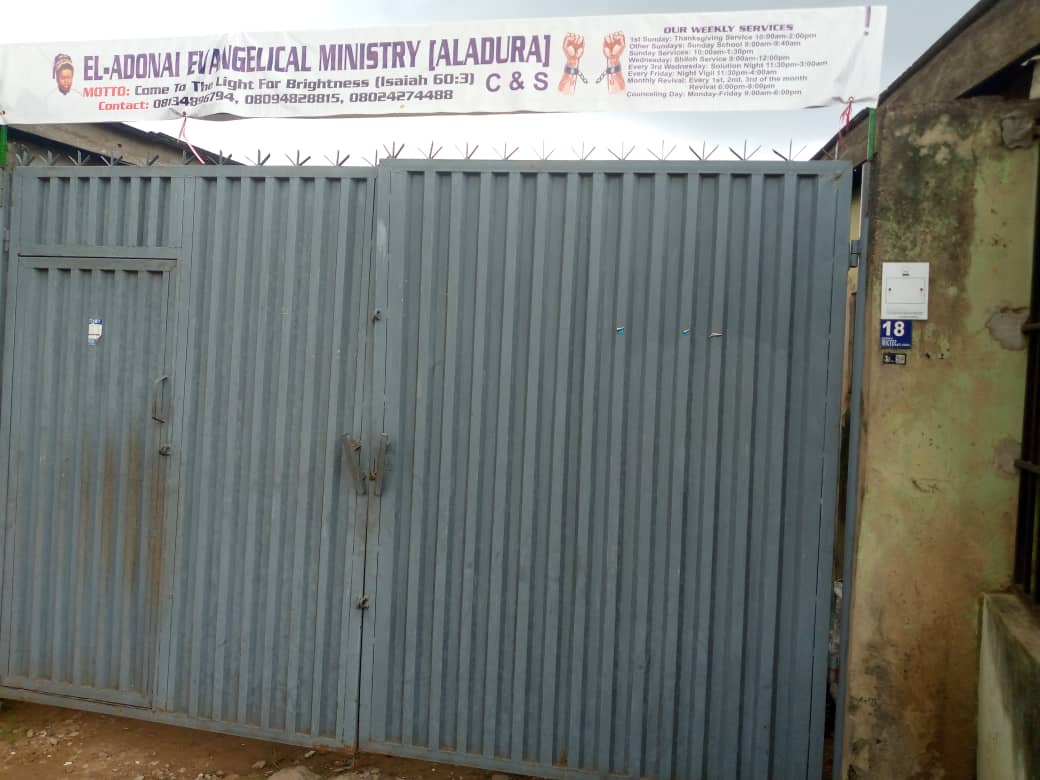 Tragedy struck on Sunday at El-Adonai Evangelical Church in Abule-Egbe, Lagos after worshippers were electrocuted following a cable that fell during service.

It was gathered that two adults and two teenagers were electrocuted in the incident.

Witnesses that spoke on condition of anonymity told Daily Trust that the church members were trying to fix the church’s flag when they got electrocuted.

Reports had it that the flag pole touched the electrical cable which saw the members electrocuted.

The identities of the victims as at the time of filing this report are yet to be verified.

Officials of the Ikeja Electricity Distribution Company and Men of the state Fire Service were contacted to prevent further damage.

The incident was confirmed by the Director, Lagos State Fire and Rescue Service, Adeseye Margaret.

She disclosed that some victims of the incident are unconscious as of press time.

“The Ikeja Electric Distribution Company has been informed and consequently de-energize power distribution to the environment while rescue operations continue amid youth restiveness and tense area,” she said.