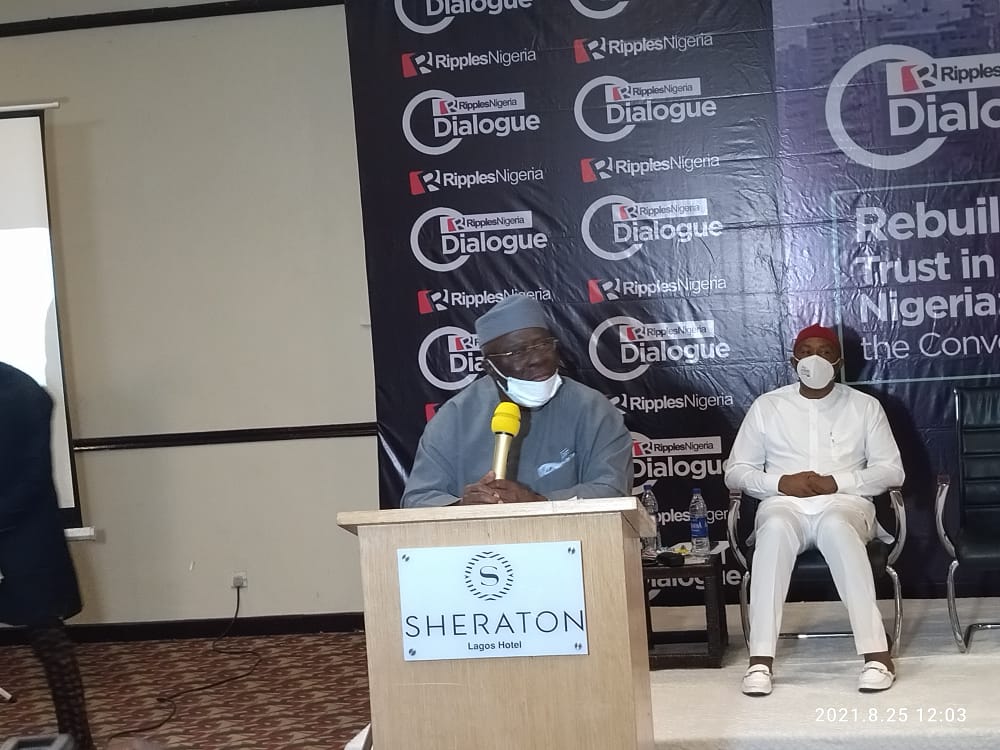 Buhari had in a nationwide broadcast to mark the Independence Day celebration stated that Nigeria’s unity is not negotiable.

Reacting in a chat with PUNCH on Friday, Pa Adebanjo stated that Buhari was talking nonsense as he was a small boy when the country’s independence and unity was being negotiated in the 1950s.

According to the 93-year old Afenifere leader, in 1953 when the North opposed the call for Independence and rather advocated ‘Araba’ (secession), Obafemi Awolowo and Nnamdi Azikiwe convinced the northern leadership headed by Ahmadu Bello, to negotiate the terms of their unity and ultimately their independence from British rule.

Adebanjo said, “He (Buhari) is talking nonsense. These are the kinds of things that cause trouble.

“The 1960 Constitution was a product of negotiation that arose from the London constitutional conference.

“Of course, I can’t blame him (Buhari). He was still in primary school at that time, so, he couldn’t understand. He should go back to the records.

“Before the constitutional conference, the country was being run as a unitary government and that was what caused the crisis.

“When we got to that conference, Chief Awolowo re-educated them that you cannot run the country as a unitary system. It was at that conference that Nnamdi Azikiwe was converted to federalism and when he returned from that conference, Azikiwe, at the airport, declared that federalism was imperative. It was in the Daily Times of 1954.”