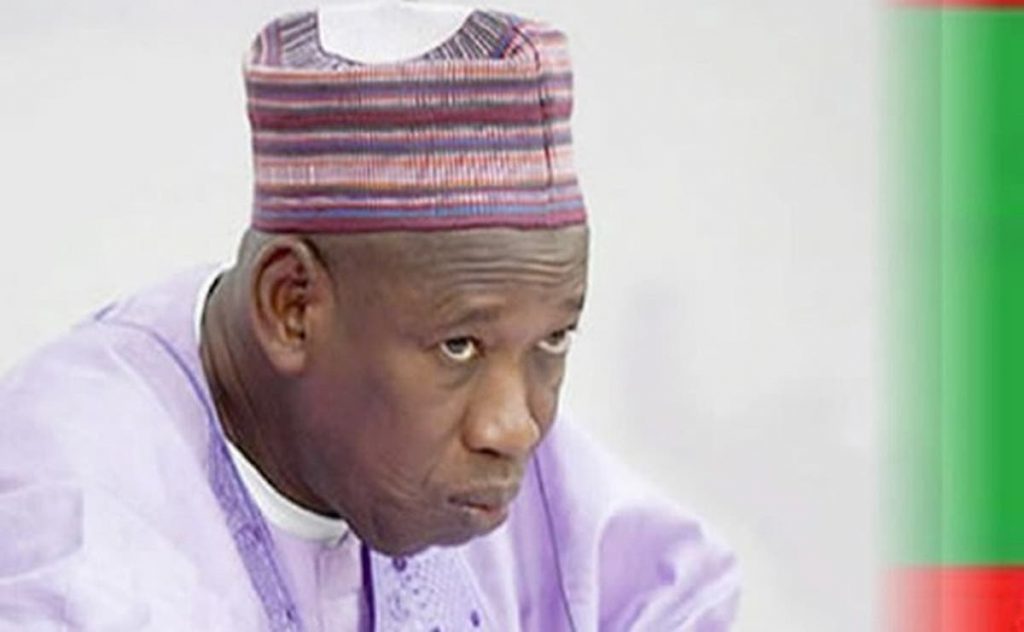 Kano State government has in a bid to get rid of quack doctors, pharmacists, and other unlicensed health officials, has closed down no fewer than 1,581 shops and structures where health services are being rendered in the state.

Naija News reports that the Governor Abdullahi Ganduje-led government, took the decision following a series of reports from many unsuspecting residents who have fallen victim to the ‘fake’ health practitioners.

The premises shut down include hospitals, clinics, pharmacies, and patent medicine shops in 20 local government areas of the state.

It was reported that the statement government had collaborated with the Pharmacists Council of Nigeria, PCN, to bring down all the nefarious activities of quack doctors and illegal clinic operators in the state.

The government said it will continue to take decisive actions against fake centres and moving ahead with more measures to sanitise the state and save the lives of the citizens.

The Registrar of the PCN, Pharmacist Elijah Mohammed, represented by his Director of Enforcement, Stephen Esumobi, had told Arewa Voice that efforts to sanitise the state from the dubious health practitioners would continue until the place is safe and secure.

He said: “A total of 1,581 premises comprising 657 pharmacies and 924 patent medicine shops were visited across 20 local government areas of the state. A total of 537 premises made up of 138 pharmacies and 399 patent medicine shops were sealed for offences which include operating without registration with the PCN, selling ethical medicines without the supervision of a pharmacist, poor documentation, poor storage conditions, unauthorised sale of substances of abuse among others while 25 were issued with compliance directives.

“Many patent medicine shops and medicine dealers in Kano still operate without adequate storage facilities, while others have illegal warehouses scattered around the state. Some of these warehouses have a large stock of ethical products and substances of abuse which could find their ways into the camps of criminal elements in the society thus contributing to the adverse security situation.”

Naija News gathered that the Private Health Institutions Management Agency, PHIMA, has also shut down many illegal clinics actively rendering services as hospitals to unsuspecting persons in the state.

Giving an update on the development, the Agency’s Executive Secretary, Usman Tijjani Aliyu, said the agency shut a chemist that was being operated by a low level secondary school leaver as a ‘hospital,’ describing it as a case of quackery.

Dr. Aliyu said: “The proprietor was running a chemist and then admitting patients. In a chemist, the only thing one is supposed to do is to just sell drugs. But when we got there, we discovered that he had beds for admitting patients. So we charged him for quackery because it is only a qualified doctor who should run a hospital with patients on admission.

“Besides, he is a secondary school leaver. So how can he admit patents. So it was a clear case of quackery. We shut the place down and reported him to PCN for them to charge him and take further action. PHIMA found and confiscated three hospital beds, drips, used syringes and other hospital consumables in the premises because these things contravene the laws and guidelines of PHIMA and the PCN as well.

“Therefore, with this persistent unhealthy practices in patent medicine stores across the state, the agency will continue to intensify its campaign against quackery and anyone found to be conducting such quackery, shall be dealt with in accordance with the law and guidelines of the agency.”

On his part while commending the state government on the decision, the Chairman of the Kano State Chapter of Nigeria Medical Association, NMA, Dr. Usman Ali, said that efforts were in place to checkmate activities of quack doctors in the state.

He said: “We are fighting this quackery and it is because of this that a committee, Medical and Dental Council of Nigeria, MDCN, monitoring team was set up in the 36 states including Federal Capital Territory.

“The committee comprises director of medical services of the Ministries of Health as chairman and the NMA chairman of each state as the secretary. About two years back, with the collaboration of Kano Police Command, we have arrested two to three quack doctors in the state. Similarly, for all who are doctors in the state, we must make sure this is a doctor who is qualified and certified to practice in Nigeria. That is why the same monitoring team is going round to help check these in the hospitals.”