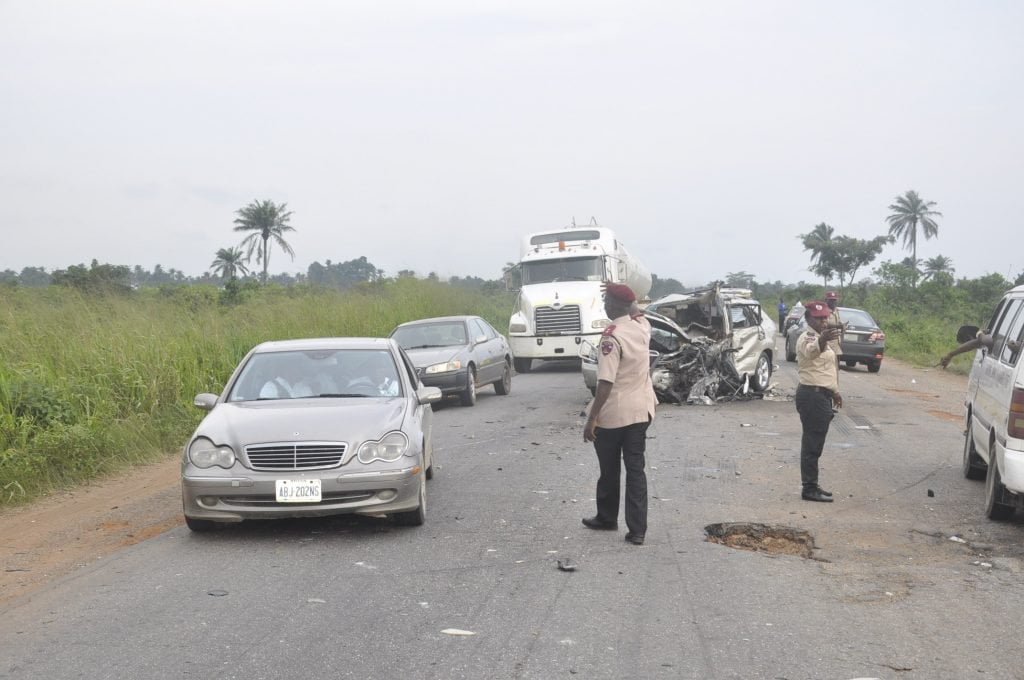 No fewer than one hundred and thirty-seven people have reportedly died in Abuja road accidents within the last nine months.

This was confirmed to newsmen on Friday by the Federal Road Safety Corps (FRSC), Federal Capital Territory (FCT) Sector Command.

According to the sector commander, Samuel Ochi, 10,062 vehicles were involved in the 738 road crashes that happened within the reported months. Ochi revealed that most of the accidents were a result of speed violations.

Naija News understands that within the month of January to September 2021, a total of 3,616 people were involved in the accidents. A total of 1,334 people according to the commission suffered injuries.

“The number of the people who were involved in these accidents due to overspeeding is 578, while road violations – people that drove one-way leading to collisions – are 35,” Ochi revealed.

The sector commander added that accidents due to dangerous driving were 75. Ochi confirmed other causes of the road crashes to be overloading, use of old tyres and night travel.

He said: ”Crashes, sometimes, cannot be attributed to overspeeding; some people can lose control of their vehicles because of the condition of their health.

“During the nine months, 39 of these people were recorded, while obstruction, that is, allowing vehicles to block roads, leading to crash, were eight and, then, we have like seven other cases.

“If you look at the route that these crashes occurred, the route in the FCT recording many crashes is Abaji -Dangote -Gwagwalada Road. That road was the most accident-prone one during this period; Zuba-Giri was also responsible.

“We have Nyanya-Aya- Maraba as the third most prominent route that recorded crashes; then, Area 1 Roundabout.”

He advised motorists and commuters to avoid night travel, speeding and other road-unfriendly acts that could threaten their lives and the lives of other road users.

In another news, some gun-wielding men suspected to be bandits have reportedly killed no fewer than 30 persons in a fresh attack in Niger state.

Naija News understands that the disturbing incident happened in Sarkin Pawa, headquarters of Munyan local government area of the state.