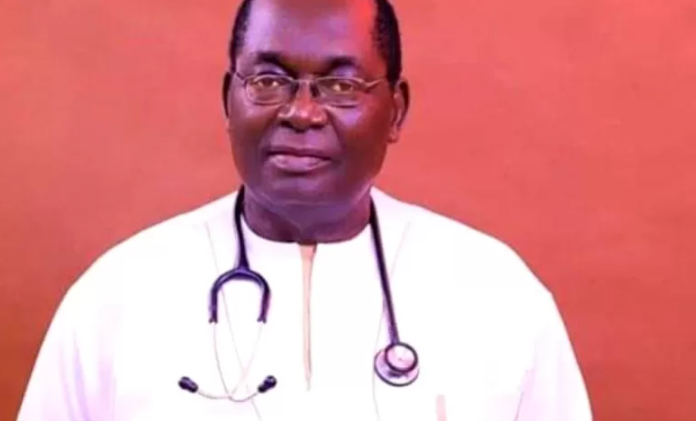 Governors of the South-East have outrightly condemned the assassination of Dr Chike Akunyili, the husband of late Minister of Information, Dora Akunyili.

Governor of Ebonyi State and Chairman of the South-East Governors Forum, Dave Umahi, gave the condemnation while speaking with reporters in Abakalilki on Wednesday.

It was gathered that Dr Akunyili had earlier visited the University of Nigeria Nsukka Alumni Association (UNAA) for an event before he was murdered.

Speaking further, Umahi lamented the senseless killings of the brightest Ndigbo sons and daughters by hoodlums and unknown gunmen.

The governor commiserated with the people of Agulu, the Anambra State Government, and Ndigbo on the gruesome murder of the medical expert.

Umahi urged security agencies to immediately arrest all perpetrators of the dastardly act and bring them to face justice.

He also appealed to Ndigbo to collaborate with security agencies including Ebubeagu to curb insecurity in the South East.

Umahi said: “We have received the shocking story of the gruesome murder of one of our brightest and the husband to our late former Director-General of NAFDAC, late Professor Dora Akunyili by unknown gunmen.

“On behalf of the Governors of the South East, we condemn the act. It is not only barbaric, but it is also unbecoming how much human lives no longer matter in our Society.

“We give Security Agencies a marching order to go all to uncover and arrest all the perpetrators of this inhuman act and make them face justice.”