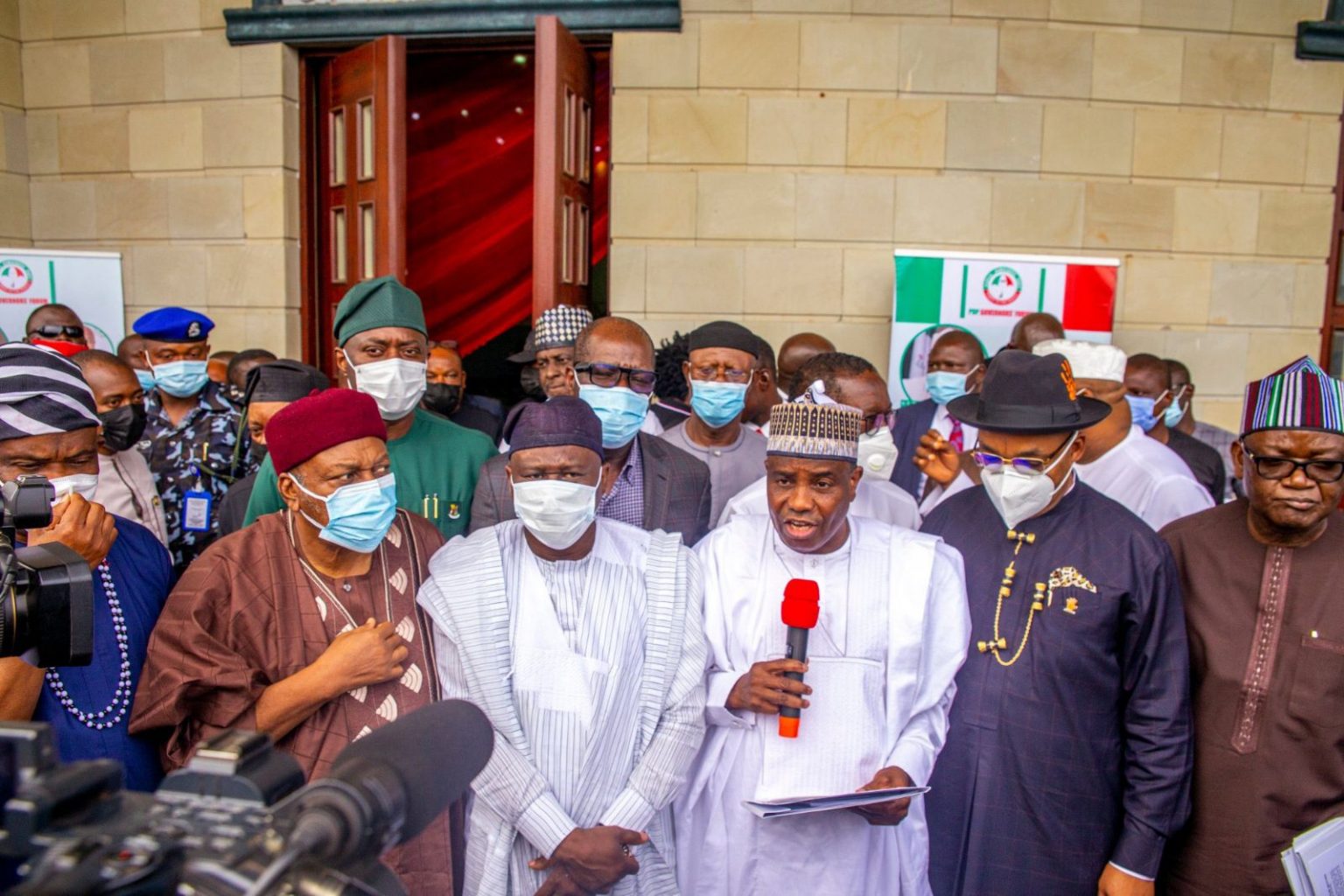 Indications have emerged that the governors of the Peoples Democratic Party (PDP) have voted to zone the party’s national chairmanship ticket to the north.

This is coming few weeks to the planned national convention of the party slated for October 30 and 31 in Abuja, the federal capital territory.

The decision to zone the national chairmanship ticket to the north was said to have been taken on Wednesday in Abuja at the Akwa Ibom Governor’s residence according to a report monitored by Naija News on The Cable.

The report added that 9 governors voted in favour of the zoning, 3 voted against while the Sokoto State Governor, Aminu Tambuwal who is the chairman of the forum didn’t vote as he was the one who presided over the meeting.

Those who voted for the seat to go to the south are Bala Mohammed (Bauchi), Adamu Fintiri (Adamawa), and Darius Ishaku (Taraba)

With this development, if the PDP national chairmanship seat eventually goes to the north, it may automatically mean the party’s 2023 presidential ticket will be zoned to the south.

It is understood that the resolution of the governors will be passed to the zoning committee of the national convention.

Meanwhile, the Borno State Governor, Professor Babagana Zulum has stated that Nigeria is not ripe for the introduction of the state police system.

Zulum said state police will only become a tool in the hand of politicians to carry out vengeance against their perceived enemies.

The Governor lamented that unfortunately, he doesn’t believe politicians who will be in control of state police have the maturity to handle such sensitive power, stating that some state governors can go as far as using such powers to wipe out an entire tribe.