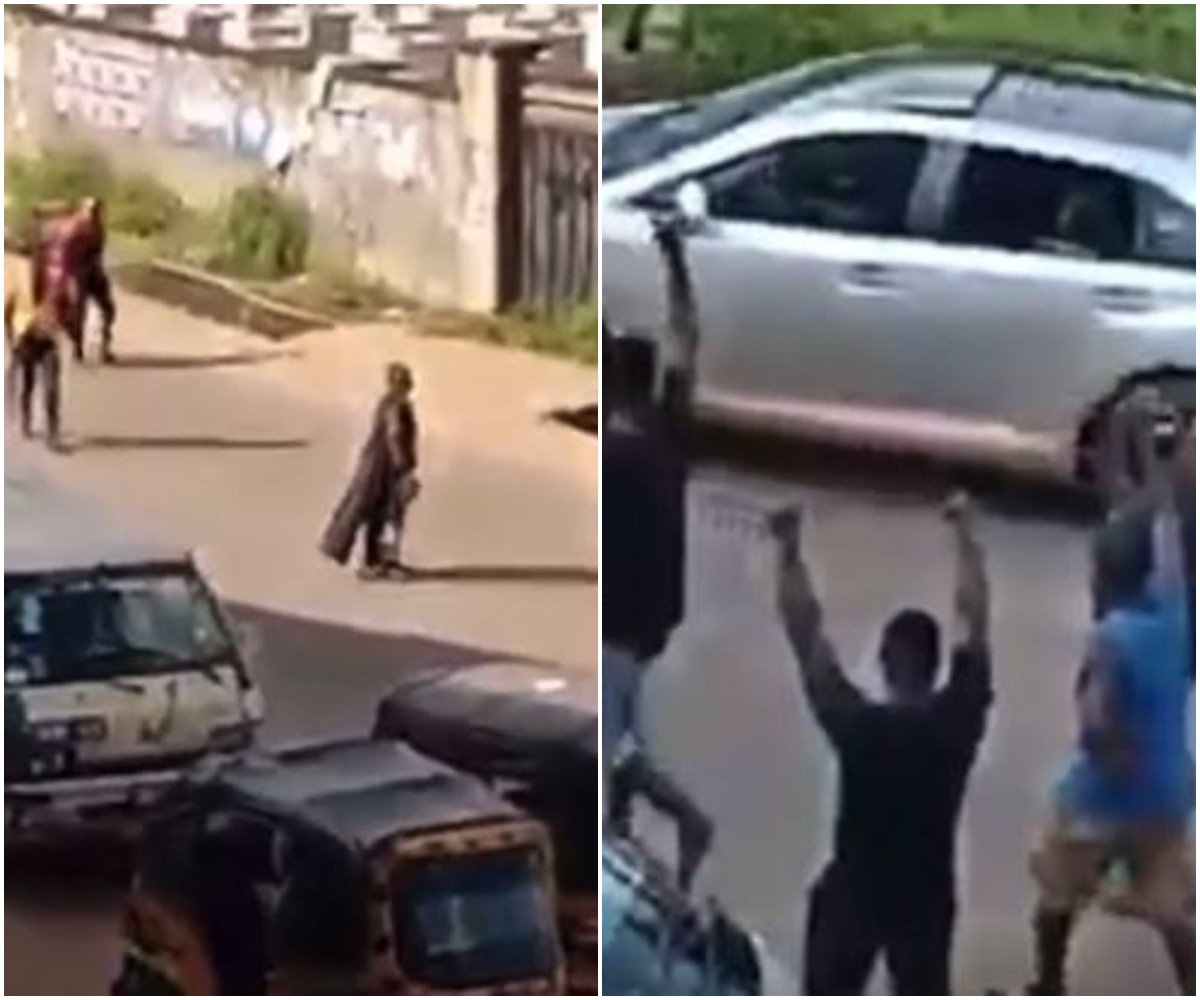 A video of some residents in Anambra State hailing unknown gunmen during an operation has surfaced on social media.

In the viral video, residents were captured rejoicing and hailing some unknown gunmen during an operation in the state.

It is unsure if anyone was assassinated during the operation as the gunmen were seen on foot on a busy road in Anambra.

The video has stirred reactions with social media users condemning the insensitive action of the residents.

foodie_that_cooks wrote; “Carry go until e reach your side'”

bet_herbalsecret wrote; “This is becoming something else. This was how boko haram started. Is a pity that my peaceful East is becoming this unsafe.”

itz_fabelsie wrote; “What you breed, is what you consume”

grubskitchen wrote; “This is sooo shameful to watch”