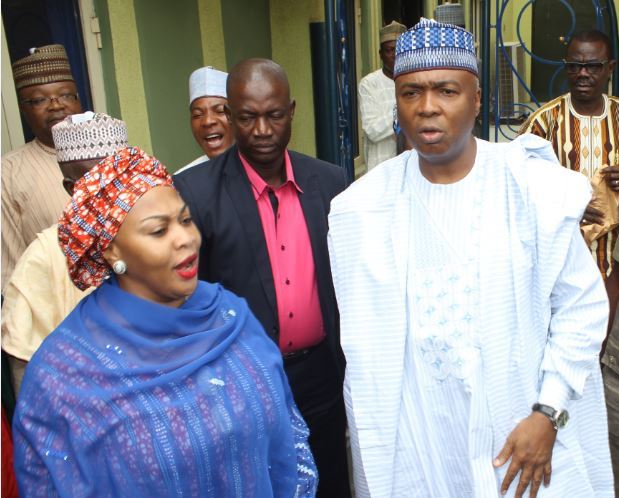 Former Governor of Kwara State and ex-Senate President, Bukola Saraki, has condemned the demolition of a library named after his late father, Olusola Saraki.

The development also did not go down well with the Minister of State for Transportation, Gbemisola Saraki, who expressed her displeasure.

The library which was demolished by the Kwara State Government is located along Kuntu, Agbo-Oba area, Ilorin.

The former Senate President, in his reaction, said, “I just got the news that the major official assignment carried out by the Governor of my state, Kwara, today, is the demolition of an old public library named after my late dad, Dr Olusola Saraki.

“May Almighty Allah continue to retain a place for Oloye in Aljannah Firdaus.”

Gbemisola in her reaction said, “Yet again, today we find that the Governor of Kwara State’s focus is not on building up Kwara, but on demolishing buildings which were owned or named after my late father, the Waziri of Ilorin.

“No matter how many structures are demolished, Baba Saraki’s legacy can never be destroyed, because it lives in the hearts and minds of the great people of Kwara. May Allah continue to guide and protect us all.”

This is coming a year after the state government demolished the Ile Arugbo GRA residence of late Saraki.

Meanwhile, the state government in a statement on Tuesday evening said the building was dilapidated and had become a hiding place for hoodlums in the state and a threat to public safety.