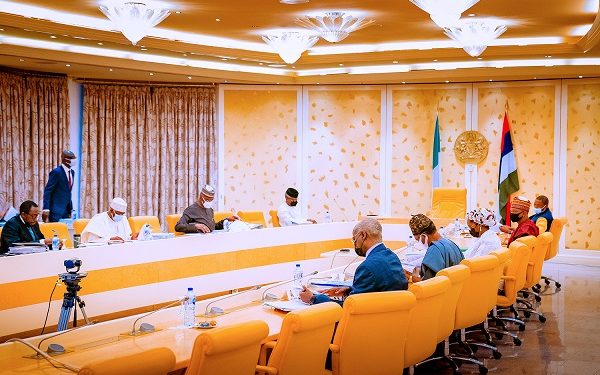 The Muhammadu Buhari-led administration has approved a 14-day paternity leave for male civil servants to allowing them bond with their babies.

Naija News reports that the decision was made after the weekly Federal Executive Council (FEC) held on Wednesday.

This was disclos d to State House correspondents by the Head of Service of the Federation, Dr Folasade Yemi-Esan, after the week’s virtual FEC meeting presided over by Vice President Yemi Osinbajo.

According to Yemi-Esan, this is to enable for proper bonding between the father and a newborn, either natural-born or adopted, especially at the early stages of the child’s life.

She added that fathers of adopted babies of less than four months will also enjoy this gesture.

In other news, the Federal Government has been restricted from retrying the former Governor of Abia State and Senate Chief Whip, Orji Uzor Kalu.

Naija News reports that Justice Inyang Ekwo of the Federal High Court sitting in Abuja gave the judgement on Wednesday.

The presiding judge asked the Economic and Financial Crimes Commission, EFCC, to stop the planned retrial of Kalu based on the N7.1billion money laundering charge earlier preferred against him.

The presiding judge ruled that the apex court only ordered the retrial of former Director of Finance in Abia State, Jones Udeogu, who was the Appellant before it.

Consequently, the judge upheld a suit Kalu filed to challenge the legal propriety of his planned re-arraignment by the EFCC.