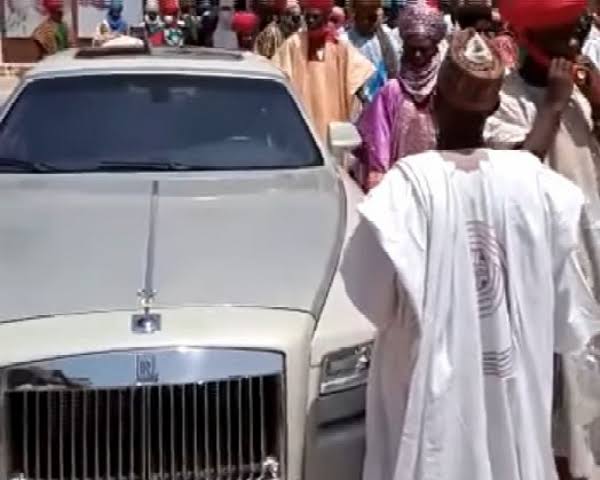 A civil society organisation, Defenders of Arewa Heritage (DAH), has condemned the publicity around the gifting of a Rolls Royce Phantom to the Emir of Kano, Aminu Ado Bayero, by the President of BUA Group, AbdulSamad Rabiu.

In a statement signed by its executive director Idrissa Mala and communications officer, Hakeem Raji, on Tuesday, the group said the publicity over the luxury car gift is needless and exposes the Emir of Kano to bandits running riot in parts of the North.

Noting that “there is nothing wrong with the car gift by the billionaire businessman”, the group stated that “the only problem is the media hype the donor allegedly triggered by publicising the gift.”

One Shehu Mohammed Kabiru had announced on Facebook that the President of BUA Group, AbdulSamad Rabiu gifted the Emir of Kano, Alhaji Aminu Ado Bayero the N200million-worth Rolls Royce with an additional N100million.

Naija News however reports that the billionaire businessman is however yet to comment on the trending news.

DAH noted that traditional rulers all over the country receive luxury car gifts from friends, well-wishers, public officials, among others. It said the only difference with the recent BUA President’s gift is the publicity the donors allegedly accorded the gift.

The group pointed out the immediate past Emir of Kano, Muhammadu Sanusi II was given two Rolls Royce Phantom while he was on the throne, adding that it is not only in Kano that billionaires donate luxury cars to monarchs.

The statement read: “In Borno state for instance, billionaire business moguls such as Muhammed Indimi, the late Ahmed Mai Deribe, and the late Bukar Mandara, among others, had at one time or the other, gifted the Shehu Borno luxury cars. But they never publicized it.

“The donors didn’t announce the donation of the luxury cars in the media. Nigerians never knew that the Rolls Royces were bought by the two friends of Emir Sanusi: Mr. Kola Kareem and Hajiya Bola Shagaya.

“Emir Sanusi had to publicise the names of the two donors when he was accused of using Kano Emirate funds to acquire the two luxury cars.”

The group further said: “We found the publicity accorded the car gift by the donor uncalled for, unnecessary. We couldn’t fathom why this publicity was meant to achieve if not exposing the monarch to bandits.

“Publicizing the gift is not part of the cultural heritage of northerners and religious morals as Muslims,” the CSO said.