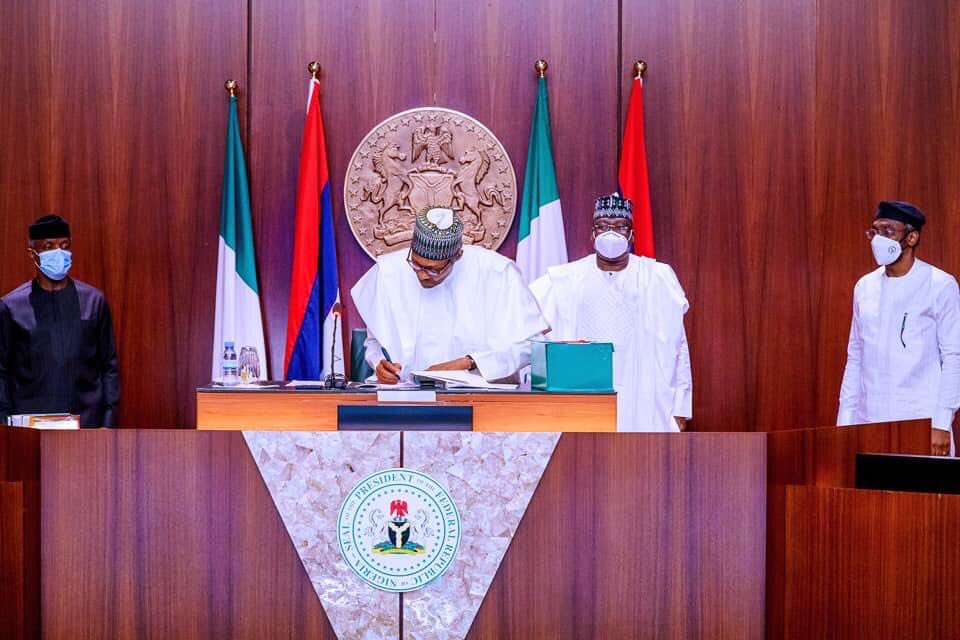 President Muhammadu Buhari on Tuesday asked the Nigerian Senate to confirm the appointment of five Commissioner- nominees for the Independent Corrupt Practices and Other Related Offences Commission (ICPC).

Buhari’s request was contained in a letter read by Senate President Ahmad Lawan, on the floor of the Senate.

According to the President, his request for confirmation of his nominees for appointment in ICPC was in accordance with the provision of Section 3(6) of the Corrupt Practices and Other Related Offences Act, 2000.

Meanwhile, Buhari, in another letter, asked the Senate to confirm the appointment of Engr. Mohammed Sanni Baba as Federal Commissioner for the Revenue Mobilization, Allocation and Fiscal Commission, representing Bauchi State.

According to the President, the request to confirm the nominee was made in accordance with the provision of Section 154(1) of the 1999 Constitution of the Federal Republic of Nigeria (as amended).