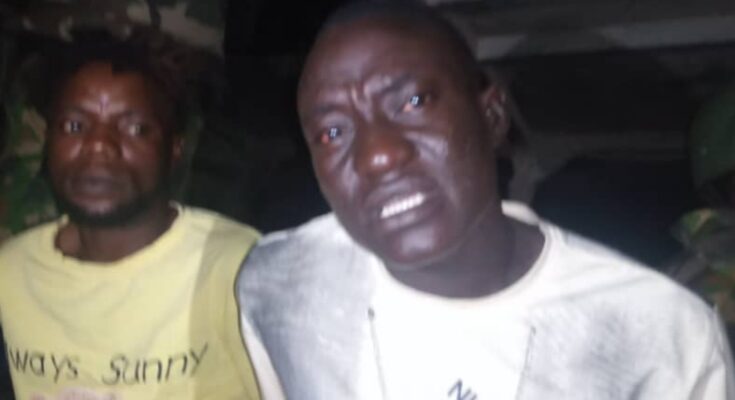 Security operatives in Lokoja, Kogi State have arrested the most wanted and dreaded cultist in the region, Musa Muhammed.

Muhammed who was declared wanted in the state was apprehended by security operatives on Sunday night at the Old Market area of Lokoja, Kogi State.

It gathered that the suspected cultist who is a member of Eiye Confraternity had been linked to killings in Lokoja and its environs recently.

Muhammed was apprehended on Sunday alongside Ahmed Nana.

A resident of Lokoja, Yahaya Usman while speaking on the development said, “These dastardly acts committed by the daredevil cultist are no doubt punishable under the recently enacted law which prohibits cultism in Kogi State.”

Another resident identified as Yakubu Bello said, “Sadly, this has been a major hiccup with security agencies as influential family members pervert the course of justice in curbing killings and other criminalities in the community.

“Perpetrators of these acts usually have sponsors who easily get them released after committing these heinous crimes.

“I can authoritatively inform you that some of his family members and associates are currently making moves to release him from military custody.”

A trader at the old market, Awelu Dauda said, “We don’t sleep with our two eyes closed due to these unfortunate activities of cultists killing themselves and looting of our shops.

“Sporadic shootings in the air, looting of shops and killing of innocent souls are the order of the day; this ugly incident must be put to rest in this ancient community.”