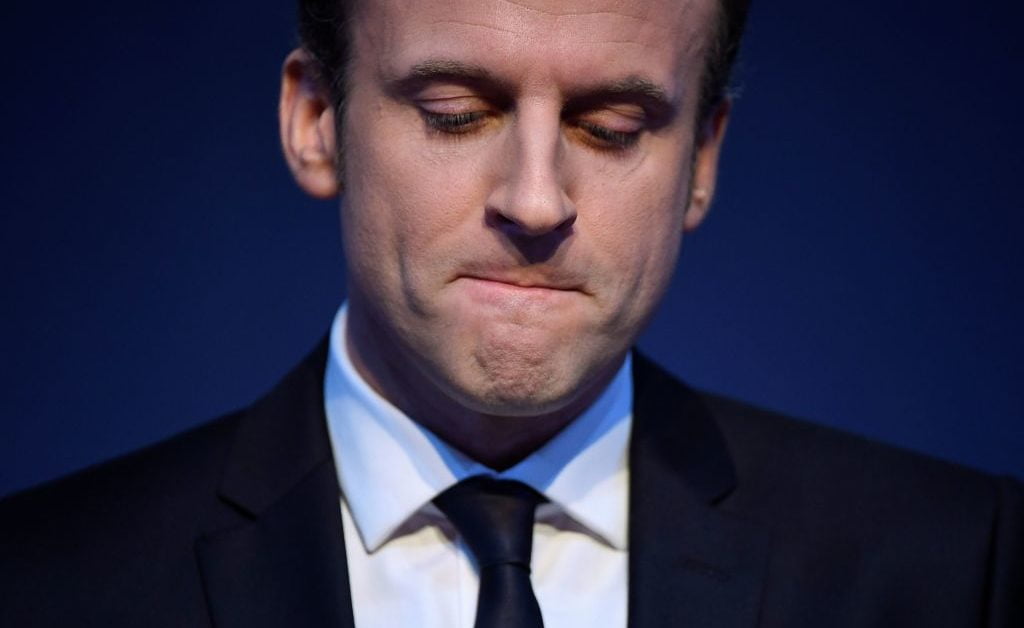 Emmanuel Macron, the French President, on a visit to an international food trade fair was hit on the shoulder with an egg thrown at him by a man.

In the video that has gone viral, Macron was seen walking through the crowd when an egg bounced off him without breaking.

This is coming barely four months after the president was slapped.

Two bodyguards can be seen immediately getting closer to the president.

The video also shows a man being taken away from the scene by other bodyguards.

Reporters heard Macron saying “If he has something to tell me, then he can come.”

No details have been released by authorities on the man’s identity or possible motivation.

Recall, a bystander identified as Damien Tarel slapped French President, Emmanuel Macron across the face during a trip to southeast France on the second stop of a nationwide tour.

A viral video pictured the moment Macron approach a barrier to greet a man who, rather than shaking hands, slapped the 43-year-old across the face.

“The man who tried to slap the president and another individual are currently being questioned by the gendarmerie,” the regional prefecture said in a statement.