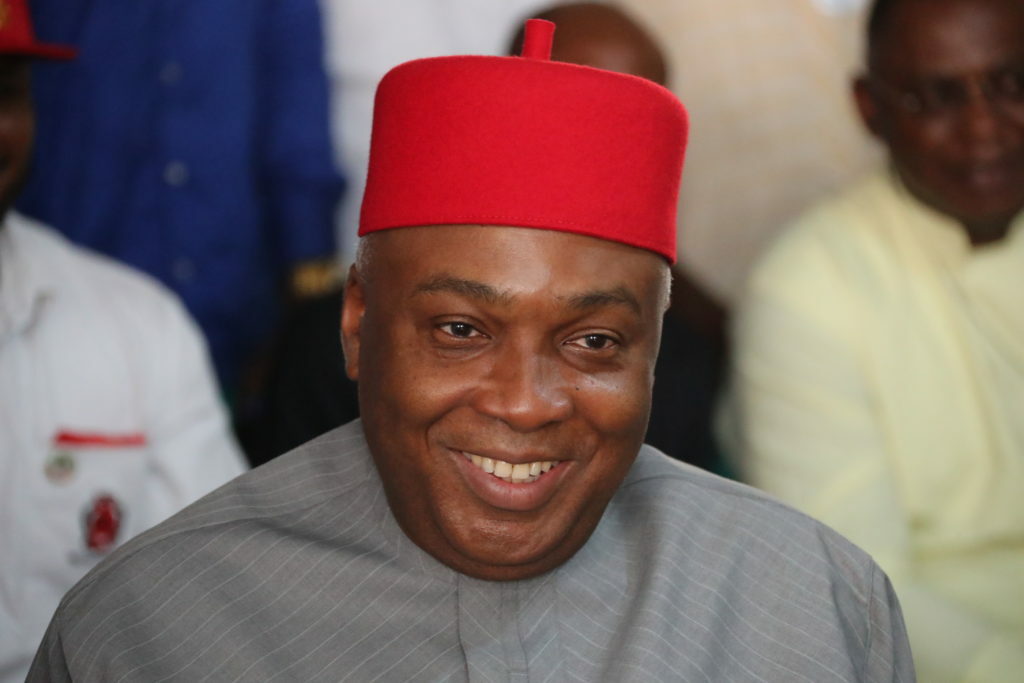 Former Senate President, Bukola Saraki has urged members of the National Assembly to put the interest of the country first as they put finishing touches to the Electoral Act Amendment Bill.

The former lawmaker also charged them to fast-track their work so that the final copy of the bill can be available, signed, and made active before the 2023 general elections.

Saraki made the call on Monday in a statement signed by the head of his Media Office, Yusuph Olaniyonu and sent to Naija News where he observed that the success of the 2023 general elections in Nigeria is largely hinged on enabling and guiding laws which the citizens expect the lawmakers to provide.

He, therefore, called on the current members of the National Assembly including members of the Conference Committee working on the bill to set aside partisan politics and put national interest first in their decision on the bill.

The immediate past Senate President submitted that this is the way to ensure a credible, free, fair, and peaceful election in Nigeria come 2023.

He also argued that the adoption of electronic transmission of results will strengthen our nation’s democracy and serve as a great legacy for transparency.

He said: “That is why it is important that members of the Conference Committee should strive hard to rise above partisan and personal considerations. They should take decisions solely based on national interest and the need to strengthen our electoral process. The country is bigger than our various political parties. Nigeria is even bigger than any individual or any loyalty we may have to an individual.

“That is why members of the committee should give genuine and deep consideration to the delicate issue of adopting the provision on electronic transmission of results which will help to strengthen our electoral process, deepen our democracy and improve the level of participation in the elections.

“Your assignment is very crucial to the future of our country and if through your work we get a good law that will help in reforming the political process, you will be completing a great circle in the building of a legacy. It is a circle that started when the immediate past National Assembly passed the same bill and only failed to get presidential assent because of the politics of the period.

“I want to remind members of the respective hallowed and honourable chambers that at this point in our national history we cannot fail to seize the opportunity that this bill presents to us to enthrone a credible and transparent electoral process. Whatever you do as you consider this bill is your own role in making history, in saving our democracy and building a future that is stable and progressive, where elected leaders truly represent the interest of the people.

“It should be noted that even after leaving the National Assembly, I have consistently canvassed the need for us to quickly pass a new Electoral Act that will include important provisions aimed at developing our electoral system. On one occasion in September 2020, during a webinar conference on ‘Electoral Reforms and Democracy’ organised by Centre for Advancement of Civil Liberties, I called on Nigerians to continue to create awareness on the importance of the Bill ahead of the 2023 elections.”

He added that the system must be improved continuously to guarantee that the votes of the people count and that the ‘one man, one vote’ principle is upheld in Nigeria’s electoral process across all levels.

“At this point I need to appreciate the efforts of young people across the country who went round spending their time and resources to create events aimed at generating awareness on the Bill, all members of the National Assembly who have made sacrifices to get us this far, various development partners, Civil Society Groups, members of the press and and other stakeholders who played different roles in getting the Electoral Act (amendment) Bill to the semi-final stage where it is almost getting to the point of becoming an effective Act of Parliament. We must continue to improve our system until we achieve the real objective of ‘One Man, One Vote’ and where the votes of the electorate count”, Saraki stated.