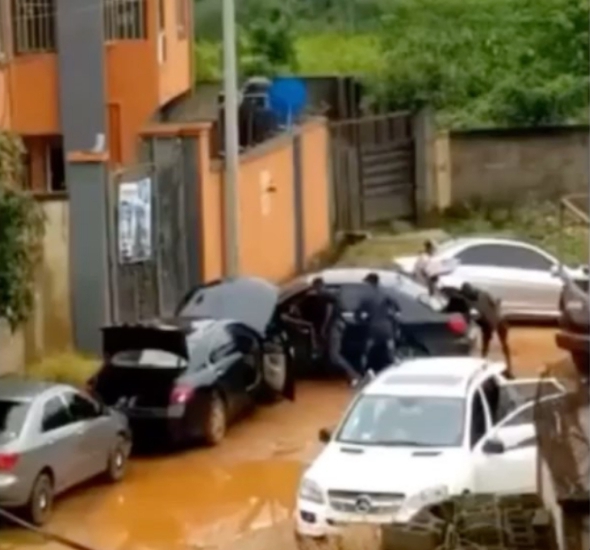 The security challenges in the country are becoming a thing of concern this day with the number of innocent Nigerians being killed on daily basis.

The situation in the country has seen some citizens opt for an opportunity to travel outside the country to stay away from the security issue.

Meanwhile, a video has been spotted online showing some men dragging a man out of his car and shooting him dead in Anambra State.

Some of the eyewitnesses who spoke in the video noted that the unidentified man had been shot while in the car by armed men who were on face masks.

The armed men after dragging the unidentified man out of the car shot st close him at close range again.

Meanwhile, the Evangelical Church of Winning All, ECWA, Gavaciwa in Kachia Local Government Area of Kaduna State was attacked by bandit terrorists on Sunday leading to the death of a worshipper.

It was gathered that the terrorists attacked the church while service was ongoing in the church.

The Commissioner of Internal Security and Home Affairs in the state, Samuel Aruwan, while confirming the incident, said the terrorist killed one Nasiru Abdullahi of Gobirawan Kamacha in Bina General area of Igabi Local Government Area.