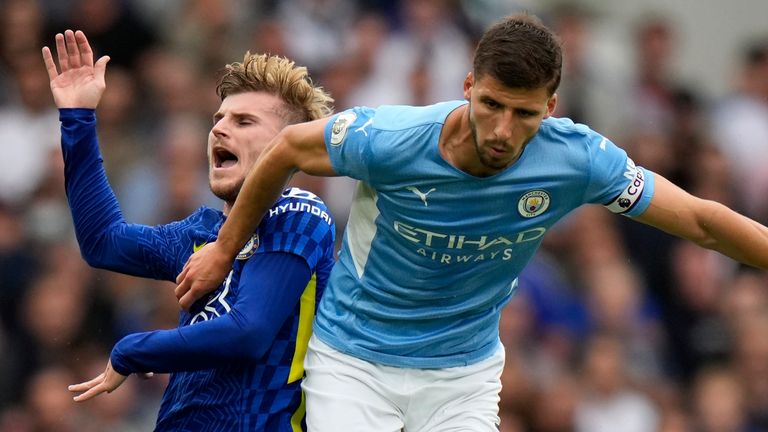 The Blues have dropped down to the third position on the league table, giving their rival, Liverpool, the chance of leading at the top with a game to be played in the evening (today).

Liverpool will be playing against Brentford and a win for the Reds will leave them stuck to the top of the EPL table with three points ahead of their rivals.

Naija News understands that Pep Guardiola’s side smacked Chelsea to 0-1 to revenge their Champions League final loss to the Blues.

Thomas Tuchel’s side gave City a tough time until Brazilian striker Gabriel Jesus put his side ahead in the 53 minutes.

Meanwhile, Chelsea manager, Tuchel is said to have expressed disappointment with the club’s move to sell Antonio Rudiger.

Naija News understands that the German centre-back has been included in the list of players the Blues’ director Marina Granovskaia is ready to sell soon.

Rudiger had an outstanding performance last season playing for the Blues and has emerged as one of Tuchel’s most trusted stars since January.