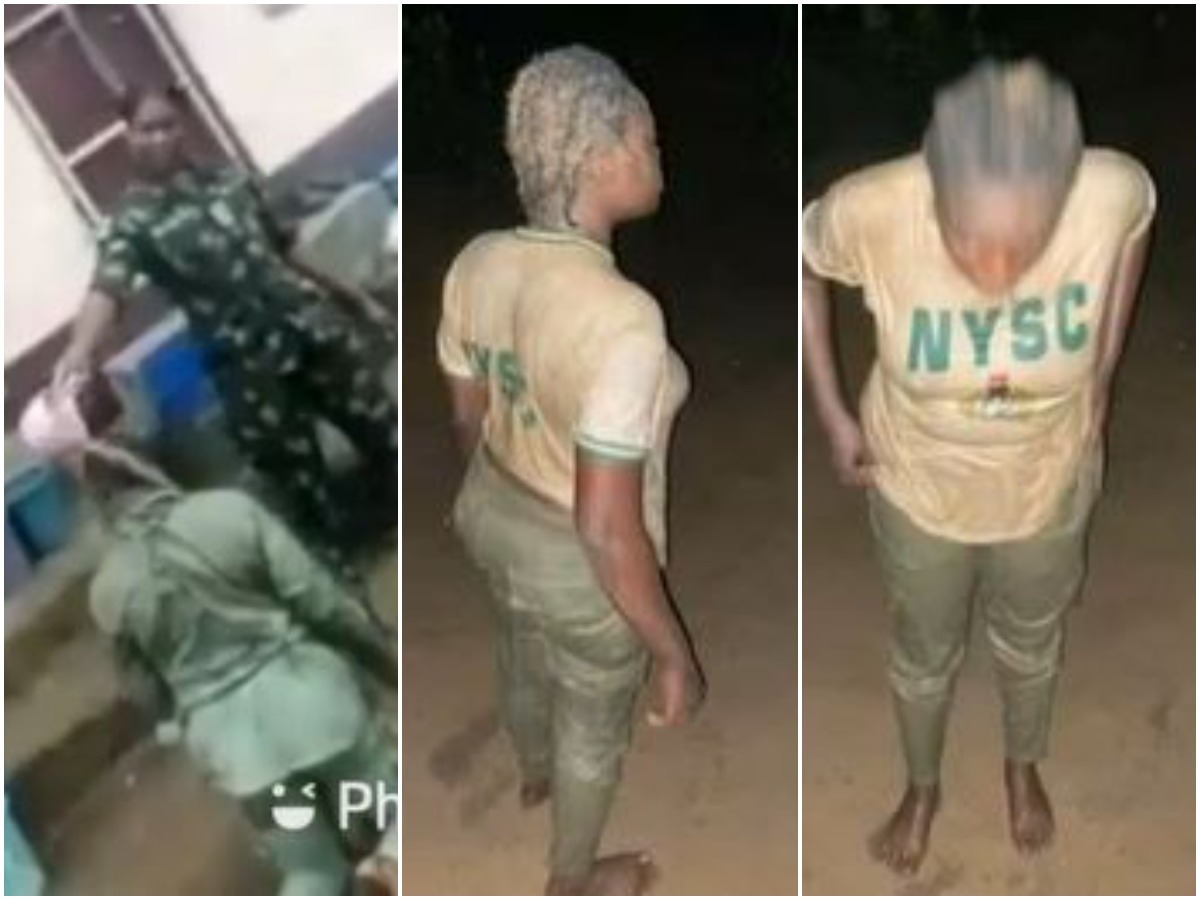 Ifeyinwa Fidelis, a corps member who was assaulted by a female army officer, Lieutenant Chika Viola Anele has been allegedly asked by authorities of the National Youth Service Corps (NYSC) in Cross river to leave the state.

Naija News reports that the Nigerian Army ordered the arrest of Lieutenant Anele by the Military Police, saying she will be tried for unprofessional conduct following the outcry of human rights activist, Agba Jalingo, who the video on his Facebook page showing the officer pouring an unknown white substance on the kneeling corps member after which she hit her with a bowl.

“JusticeForIfenyinwa. This is what a commissioned female Army officer, Lt. Chika Viola Anele, did to a youth corps member, Ezeiruaku Ifeyinwa Fidelia, serving at the 13 Brigade headquarters in Calabar after having an argument,” Jalingo had posted.

“We understand that the leadership in 13 Brigade are working to kill the matter. Let us make the officer very popular for all the wrong reasons.

According to SaharaReporters, Fidelia, who is attached to the 13 Brigade Command, Calabar, as her primary place of assignment, has been allegedly asked to leave town immediately for “safety reasons“.

“She has been given transportation to leave town by road immediately,” a source revealed.