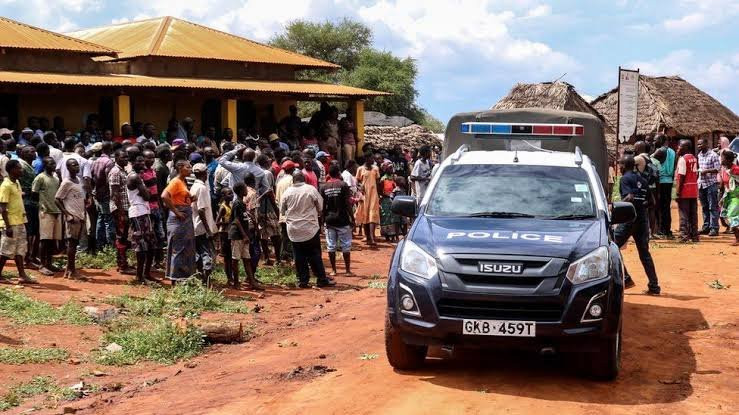 Reports had it that the deceased, Juma was assaulted by his younger siblings after the latter had mercilessly beaten their mother for failing to prepare food before his return to the house at night.

Naija News learnt that Juma returned home around 8:00 pm drunk, and demanded food from their mother. He was, however, filled with anger after she told him that food was not ready.

The deceased reportedly descended on his mother and disfigured her body with blows. His two younger brothers, Pascaliano Odhiambo (29) and Bonaventure Ouma (19) upon their return, faced their elder brother and dealt with him to stupor before retiring to their bed.

The incident, however, became sour the following morning after Juma’s mother woke up and walked towards his house to check on him.

Naija News learnt that she found her son dead on the doorstep of his house, with a deep cut inflicted on his head and slightly above the left ear. Forgetting how he had assaulted her overnight, the caring mother alerted the local authorities who called in detectives based in Butula, Busia county.

A machete, jembe and a rungu believed to be the murder weapons were found at the scene of the murder, documented and collected by the Busia based crime scene personnel.

This led to the arrest of the two brothers who have been placed in custody at Bumala police station for processing and arraignment in court.

The incident according to reports happened on Wednesday, September 22 while Juma was found dead by their mother on Thursday morning, September 23, 2021.

Meanwhile, a man and his wife have killed and buried their 28 year old son in Imo State for being stubborn.

Mr Lambert Ukachukwu, his wife, and daughter have been taken into custody for allegedly killing the last child in their family know as Chukwuebuka.