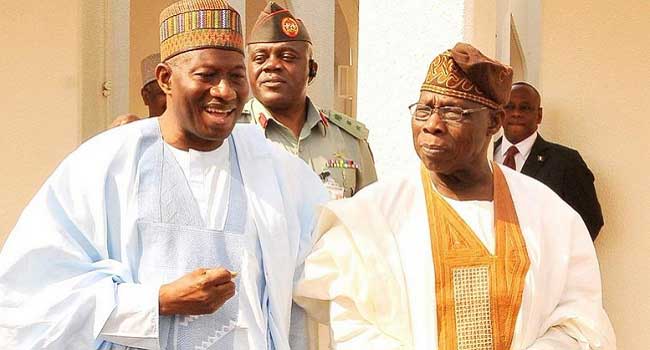 The lawmaker popularly known as Yayi, who heads the Senate Committee on Finance, named  ex-President Olusegun Obasanjo, Umaru Musa Yar’Adua, and Goodluck Jonathan as those behind Nigeria’s high debt profile.

He disclosed this on Wednesday during consideration of the 2022-2024 Medium Term Expenditure Framework and Fiscal Strategy Paper.

In a statement to newsmen, Adeola stated this when asked by the Senate President, Ahmad Lawan, to clarify lawmakers concerns over Nigeria’s debt profile during deliberation on the report of the Joint Committees on Finance; Local and Foreign Debts; Banking, Insurance and Other Financial Institutions; Petroleum Resources (Upstream); Downstream Petroleum Sector and Gas on the 2022-2024 Medium Term Framework.

Adeola stated that the high debt profiles were accumulated between 1999 and 2015.

He said: “Majority of the loans being repaid presently by the President Muhammadu Buhari administration were ones accumulated from the times of the military to those of the PDP administration under Ex-Presidents Olusegun Obasanjo, Umaru Musa Yar’Adua and Goodluck Jonathan, between 1999 and 2015.

“The borrowing you are saying is accumulated borrowing. It is not a borrowing of this administration alone, it is a borrowing that stems from the days of the military to the days when the Democratic dispensation started.

“It is an accumulated loan, it is not a loan that says that it is the current administration of President Buhari that has borrowed.

“It is a loan that has been borrowed by the previous administration – the Obasanjo, the Jonathan, the Yar’Adua of this world.

“[And] since the business of government is a continuum, the President of the day has no choice but to continue to pay back all these loans that have been borrowed by the previous administrations.

“So, when my colleague said that for every sixty-seven naira of any loan that was borrowed, we are using to pay, he should know that more than sixty naira of it are loans borrowed by the previous administration. And that is where we are.”