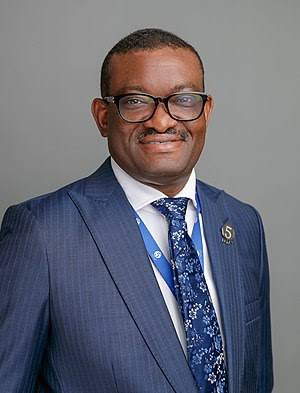 Babajide Odusolu, former special adviser on property and investment to former governor Ibikunle Amosun has threatened to sue the Ogun State House of Assembly over the allegation of a missing N2.5bn during his tenure.

Odusolu revealed that he has employed a lawyer, Ebun Olu-Adegboruwa (SAN) to challenge the allegation brought against him which he said was a damage to his personality and reputation.

The former aide’s financial report between 2015 and 2019 of his administration was probed by the House Committee on Public Accounts and Anti- Corruption.

Odusolu first appeared before the committee in November 2020 concerning OPIC funds he allegedly spent without approval.

The committee later called on the anti graft agency to recover from Odusolu the sum of N2,579,771,717.71 and another N40m that was also unaccounted for.

Speaking to newsmen on Tuesday, Odusolu described the accusations brought against him as a political vendetta.

He said: “The Assembly has arrogated to itself the role of judge and jury and passed judgment without having adequate knowledge and information.

“I don’t think this is something that I should allow to go because not only will it destroy all the good works that have been done to build Ogun State, it will scare other professionals from ever volunteering to serve.”

Adetunji Adeniyi, a lawyer from Ebun–Olu Adegboruwa and Co also said: “We sincerely believe that our client’s constitutional rights to fair hearing have been grossly breached.

“In this regard, we will be approaching the court to challenge the manner and procedure adopted by the State House of Assembly. And if the court, agrees with us, we will be asking for colossal damages.”