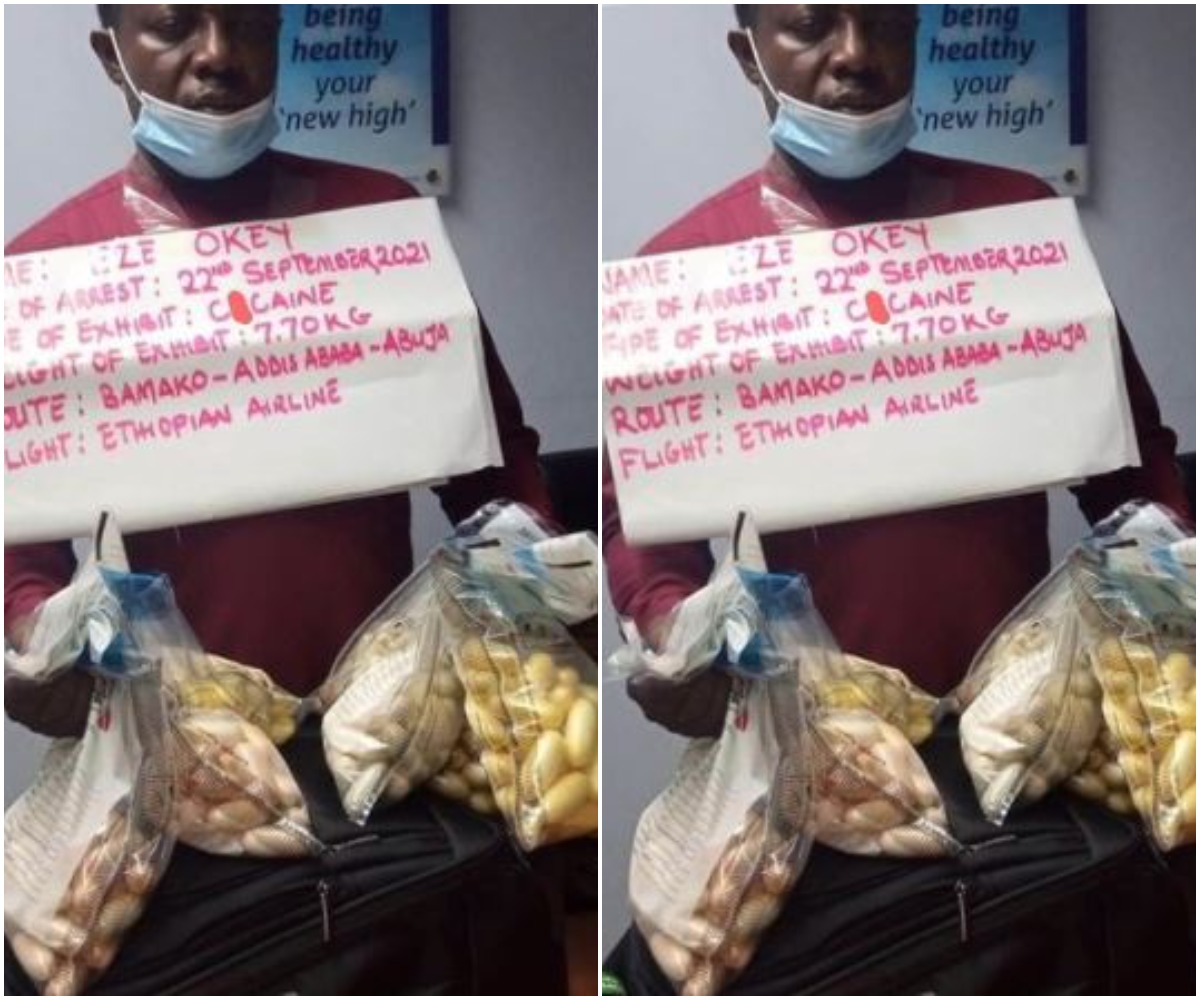 Okey Eze, 38 who was nabbed by operatives of the National Drug Law Enforcement Agency (NDLEA) with 350 wraps of cocaine worth over N2.3billion in street value has revealed that he was promised N500,000 to deliver the assignment.

The suspect, a Mali-based tiler, was arrested on Wednesday, at the Nnamdi Azikiwe International Airport, during an inward clearance of passengers on Ethiopian airline flight number 911 enroute Bamako-Addis Ababa-Abuja.

NDLEA’s spokesperson, Femi Babafemi, in a statement, disclosed that the illicit drug weighing 7.70kilograms was hidden in eight packs tucked in different parts of his luggage.

Eze confessed that he travelled to Mali through Seme border in Badagry, Lagos, in 2019.

He also added he chose to traffic the drug into Nigeria so as to raise money to take care of his late elder brother’s four children.

According to Eze, he was in need of money and asked a friend of his who is a resident in Brazil to assist him with some money but declined and instead told him to pick up a bag with the drugs from a friend of his in Addis Ababa, Ethiopia, for a fee of N500k on successful delivery to someone whose contact would be sent to him on arrival in Nigeria.

He also said the bag containing the drugs was given to him on Wednesday morning at Addis Ababa airport.