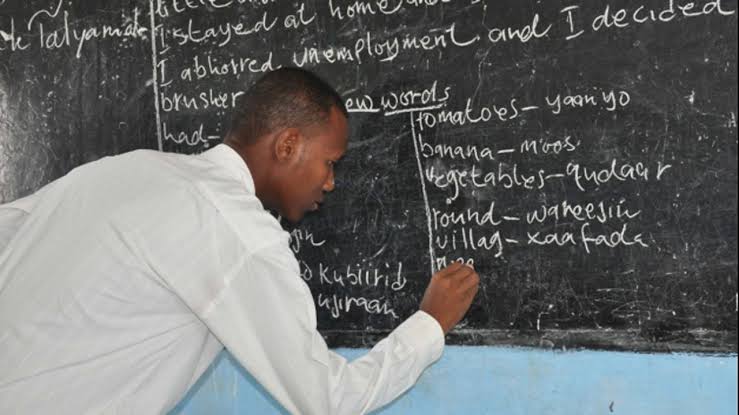 No fewer than 400 holders of Doctor of Philosophy (PhD) degree are reportedly teaching in public secondary schools in Oyo State.

Out of the four hundred, one hundred and sixty-seven (167) emerged from the newly recruited teachers under the state’s Post-Primary School Teaching Service Commission (TESCOM), Naija News understands.

TESCOM is an initiative of Governor Seyi Makinde’s administration which targeted the employment of five thousand teachers who were deployed in various secondary schools across the state.

Addressing newsmen earlier today on the standard procedure the state government followed in the recent recruitment of teachers, TESCOM chairman, Pastor Akinade Alamu, said 140,000 candidates applied for the job but that only 6,500 scored 50 per cent and above in the computer-based test (CBT) conducted to screen them.

According to him, of the number, 5,000 of the applicants were eventually employed after passing the oral interview and credential scrutiny. They include 150 physically challenged persons.

The permanent secretary said 550 of the successful candidates were non-indigenes of Oyo State because Governor Makinde had insisted that only the best must be recruited into the schools, irrespective of their states of origin.

“The governor had no candidate. He directed that anyone to be recruited must pass the test and make the cut-off point. It didn’t matter if the candidate was the governor’s brother or sister.

“With that, TESCOM has set the standard, and I am sure that other agencies will emulate us. This government values merit because of its commitment to bringing the desired change into the system,” the Nation quoted the Secretary as saying.

She explained that applicants who did not study Education were given two years to complete a post-graduate diploma in the discipline.

Mrs. Oderinde said the new teachers were posted according to the needs of the various zones across the state.