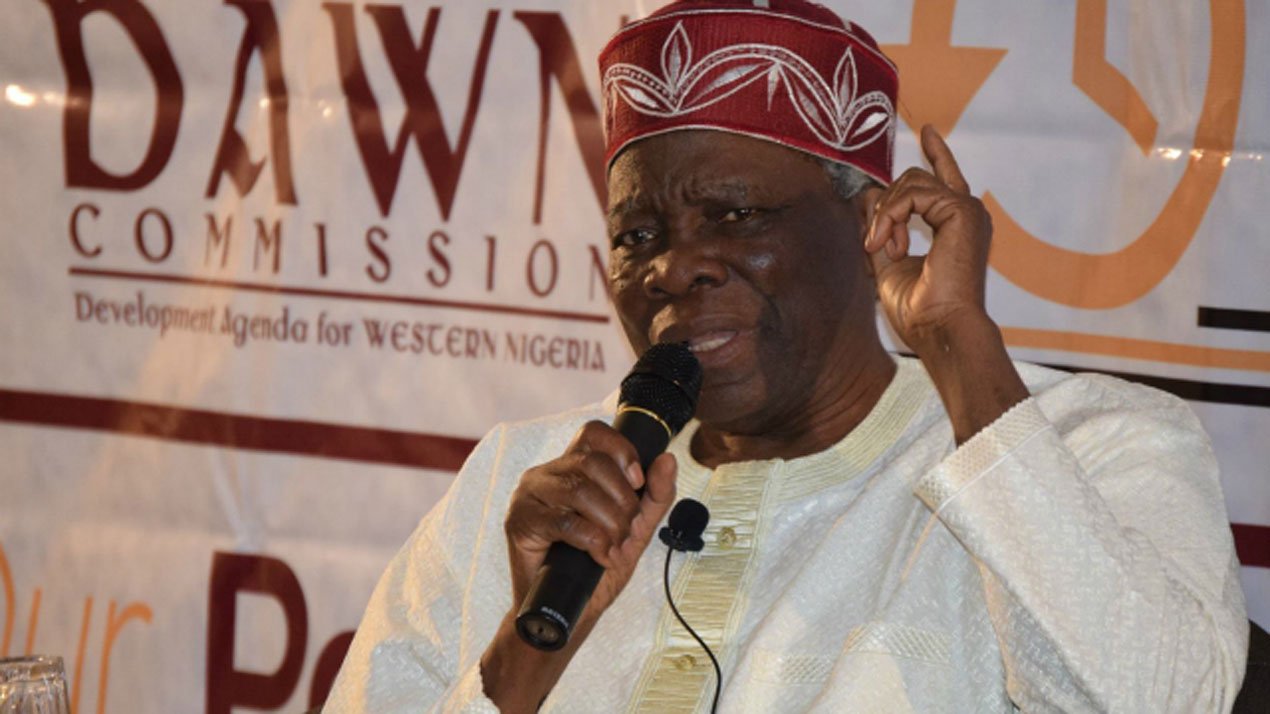 Yoruba Nation agitator, Professor Banji Akintoye, has claimed that northerners will continue to rule Nigeria regardless of who is president.

Speaking to PUNCH on Tuesday, the 86-year-old scholar claimed that the Olusegun Obasanjo and the Goodluck Jonathan administration was controlled by northerners.

According to the agitator who is currently in Benin Republic, the north has always wanted to “conquer” the rest of the country.

Akintoye said, “It has reached a time now that Nigeria is no longer a country. Why do I say this? There is no other country in the world where one section, one region says, ‘We are going to conquer the rest, we are going to subdue you, we will make ourselves the controllers of the resources of your land, we will treat you more or less like slaves’.”

He said, “Whoever rules Nigeria rules in the context of a country that is owned and dominated by the north; by north, I mean the north-west.

“Under Obasanjo as President, the northern elite converted the north against the constitution of Nigeria into a separate Islamic state. Obasanjo could not do anything about it… That was a dangerous philosophy that was being foisted upon Nigeria and nobody did anything about it.

“Yes, Obasanjo is a beloved son of the Yoruba race, we love him but we know that he ruled in a situation when the President of Nigeria was beholding on to powers under the tables that the rest of us could not do anything about. Not to talk of (Vice President Yemi) Osinbajo.

“Osinbajo is one of the most educated men who have taken part in the governance of Nigeria, see the thing he is doing, is he doing them freewill?”