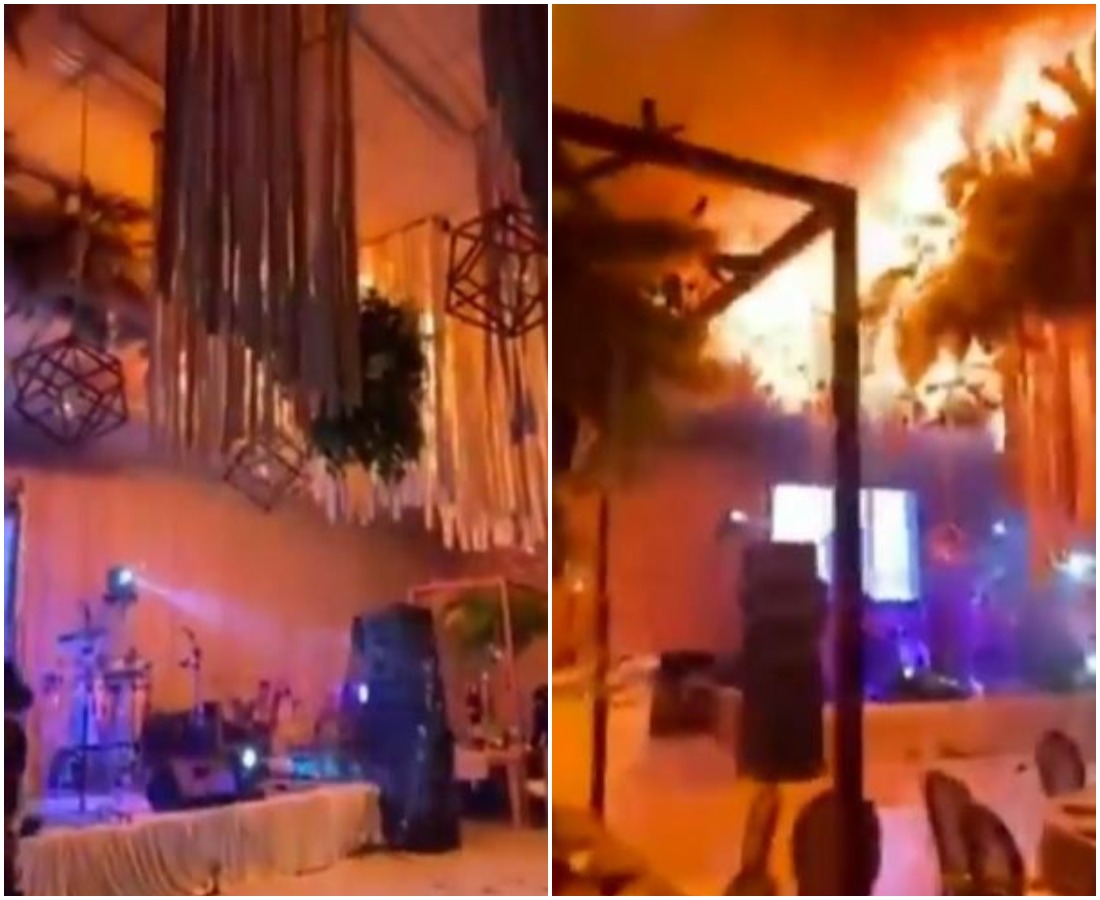 Guests at a wedding ceremony have had to run for their lives after the reception they were attended was razed down by the fire.

In the video shared on social media, the couple were seen dancing before the interior décor of the reception began to catch fire.

According to reports, the fire started after the fireworks used to entertain guests caught one of the décor designs during a spark, resulting to a fire rage.

Though no life was lost, it was gathered that valuables and properties were burnt to ashes.

In other news, a Nigerian man identified as Adewale Daniel Jayeoba has been declared wanted by the Economic and Financial Crimes Commission (EFCC) over an alleged investment scam.