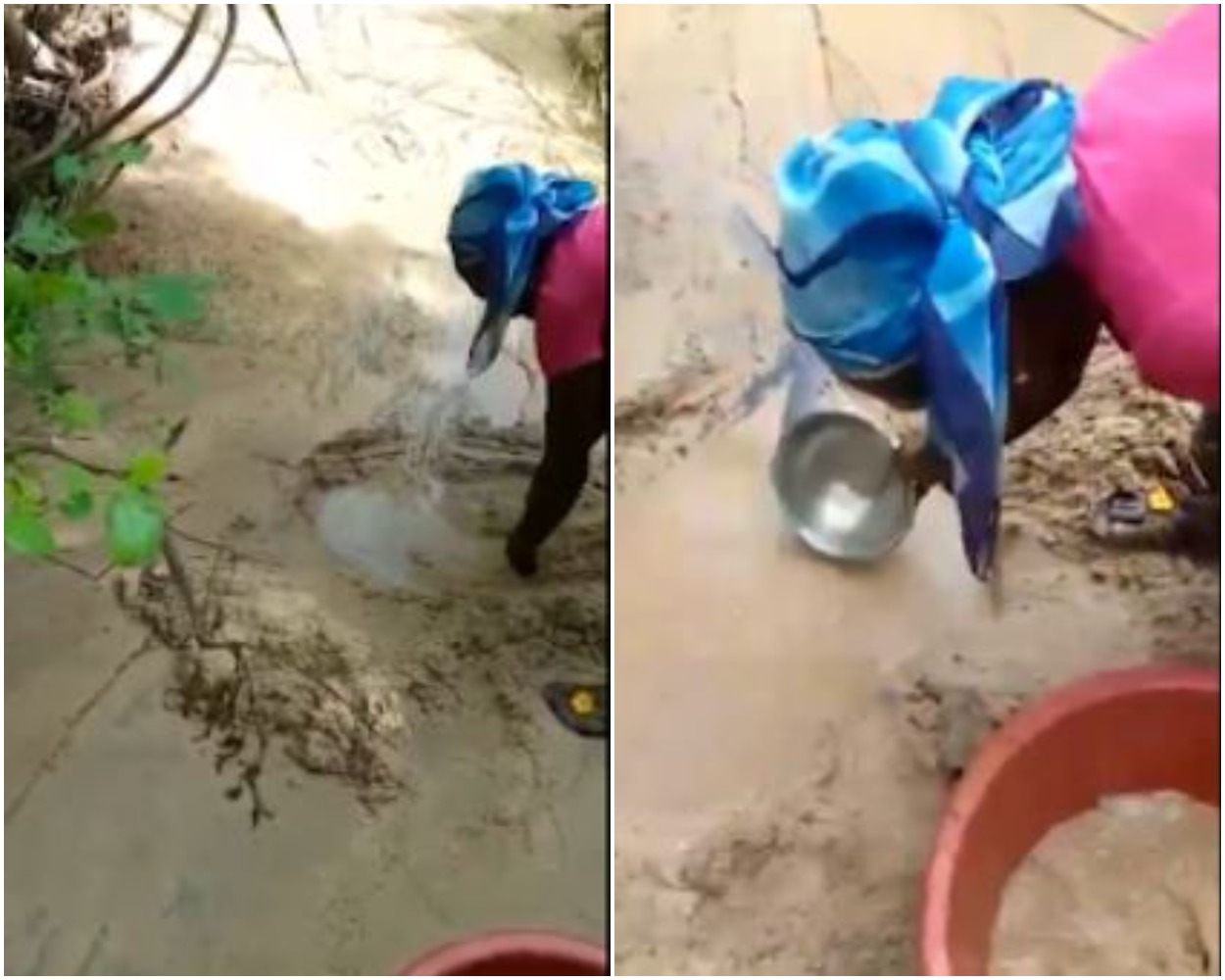 A video of residents in the Dagbalodo community in Patigi LGA of Kwara state digging up holes in the sand for dirty water for use has sparked reactions on social media.

In the video shared on social media, villagers, particularly women, were seen using their hands to dig a hole inside a sandy ground in search of water, which appeared to be dirty.

According to the interpreter who captured and shared the scene on video on the internet, stated that the villagers use the water for drinking, cooking and other household activities.

The interpreter revealed that the villagers who have no clean water in the communities, dig holes in sandy hills and scoop the dirty water which has accumulated into a bowl, and then wait for it to accumulate again.

Reacting to the video, Nigerians appealed to the right authorities to get the community the necessary help they need as such water is harmful to them and their families.

@ugezujugez wrote; “In a state where one heartless man is para ding himself as governor.”

@domingo_loso wrote; ‘Omo we wey get phone dey press, dey make comments, we don’t know how fortunate we are o, people are really suffering and going through it the very hard way.  Na wa’