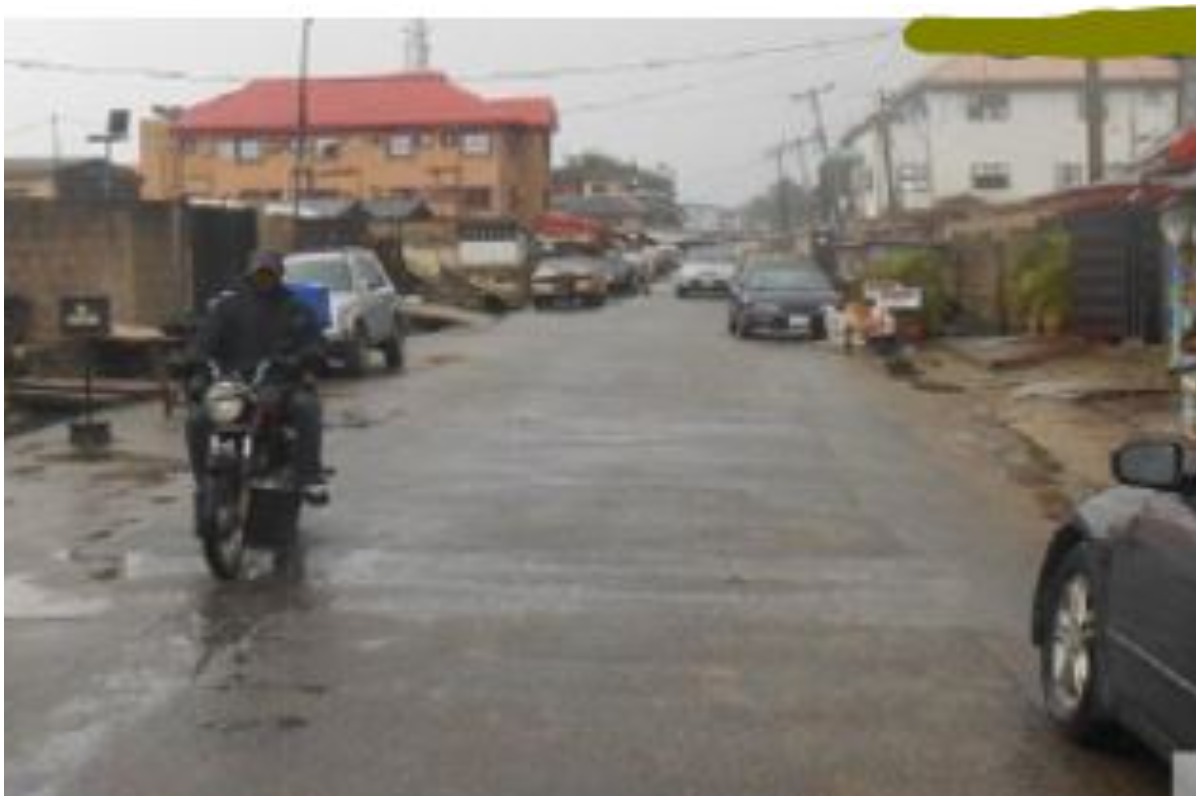 A Nigerian man, Alex Oluwatobi has taken to social media to share an unusual story about a mystical house, where its past occupants end up travelling abroad.

According to Alex, via the microblogging platform, his friend who stayed in the house which is located at Gbagada, Lagos State recently travelled to Norway after the past occupant relocated abroad.

They said anyone that rents any of the apartments end up travelling abroad.

I laughed when my friend told me he’ll be taking one of the apartments last year, because he also want to travel abroad.

He travelled last week Thursday to Norway. He called today to update me about it, I asked if I could move in.

He said “Haa… I don give the apartment to my bro & my cousin, I want all my family to leave that country”.

He’s a good friend & a very sarcastic guy, I know he was trying to get back at me.

This is even not a fable, the house is along Yetunde Brown for those that know Gbagada very well.” 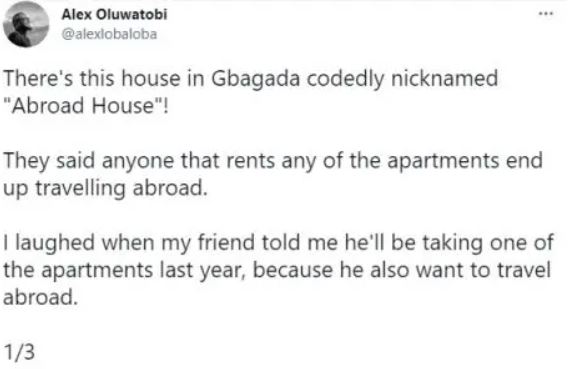