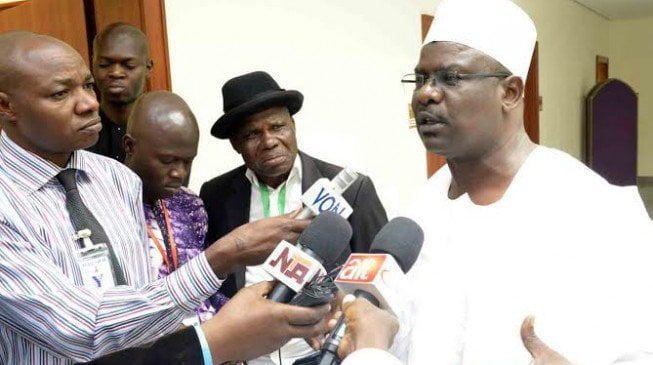 Naija News reports that reports that emerged that the Buhari government is reportedly granting amnesty to Boko Haram terrorists and reintegrating them back into the society.

But speaking to Vanguard on Sunday, Senator Ndume insisted that terrorists would not be granted amnesty.

According to the former senate leader, the federal government would not be allowed to grant repentant terrorists amnesty.

“Like I told you, I am a victim. In one night they killed our elders, 75 of them, and slaughtered them in an abattoir,” Ndume said.

“I keep saying this because of that gruesome murder of our elders, innocent people… I lost all my houses in my town.

“We have this memory fresh in our minds. The end of war is a very welcome development and that is because the Nigerian Army is putting the heat on them.

Senator Ali Ndume stated that repentant insurgents that need to be resettled will be resettled but the Buhari government should not give priority to resettling the perpetrators of this heinous crime.

He said priority will be the resettlement, rehabilitation, reconstruction of the victims.

Ndume said: “That is why I want the media to understand that there is no way, I’ve not heard government say they are going to grant blanket amnesty. It was good news that they said these our enemies are now surrendering.

“And we said ‘okay if they are surrendering they are welcome, but they have to go through the due process’.

“They have to face the law. Even in America, Guantanamo Bay Detention Camp is still there after 20 years. And I understand that they still have up to 40 people there out of thousands before. And it was gradual, it took them 20 years to reduce that number”