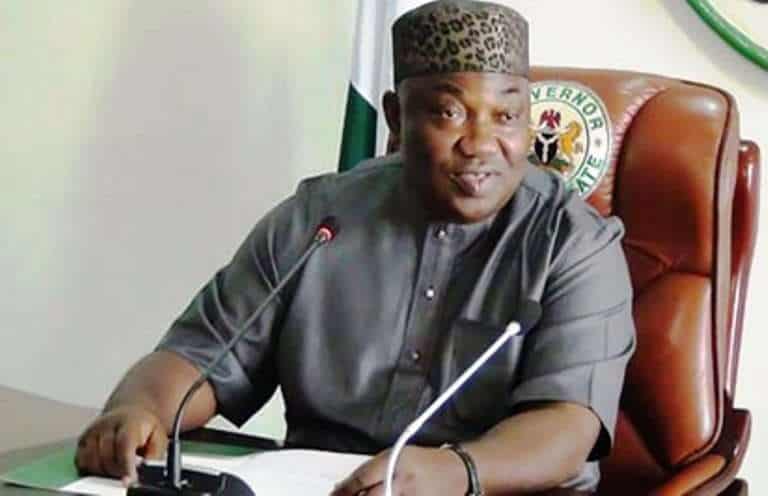 Governor Ifeanyi Ugwuanyi has refuted the claim by Femi Fani-Kayode that he is planning to dump the Peoples Democratic Party (PDP) for the All Progressives Congress (APC).

Naija News recalls that the former Minister of Aviation who officially dumped the PDP on Thursday, had hinted at the possibility of the governors of Bauchi, Enugu and Oyo states defecting to the APC.

Fani-Kayode who was presented to President Muhammadu Buhari at the Aso Rock Villa by the National Caretaker Chairman of the APC, Governor Mai Mala Buni, gave the hint while speaking to journalists.

Reacting to the claim on Friday, the Enugu State Government rubbished the claim by the former minister and described him as a “shameless liar”.

The State Commissioner for Information, Chidi Aroh, stated that the possibility of Governor Ugwuanyi joining the APC is unthinkable, saying that the claim by Fani-Kayode is a distraction.

He added that his boss is the chairman of the PDP zoning committee doing his work and also providing dividends of democracy to the people of Enugu.

He said, “You should tell Fani-Kayode to explain more about what he said because my governor is the chairman of the PDP zoning committee doing his work in that committee and he is also providing dividends of democracy to the people of Enugu.”

Meanwhile, the Ebonyi State Governor, Dave Umahi has described Femi Fani-Kayode as a liar for saying he was instrumental in the decision he (Umahi) took to dump the PDP for the APC.

The Governor stated that the claim by Fani-Kayode is false and called on him to withdraw his statement.

Umahi on Friday during an appearance on Channels TV Sunrise Daily programme, rubbished the claim by the former Minister.

The Ebonyi governor said Fani-Kayode insulted him by claiming to have played a role in his defection and called on him to withdraw the statement.

He added that he doesn’t believe Fani-Kayode played the alleged roles in the defection of other governors he mentioned.

“For someone to come and say that a whole Chairman of the Southeast Governors Forum, that he was instrumental to my movement from PDP to APC is an insult on my person and with all due respect, he has to withdraw that statement,” Umahi said.

He added, “He remains my friend and a good one for that matter, but he played no role in my movement and I am sure he didn’t play any role in the movement of the rest of us.”