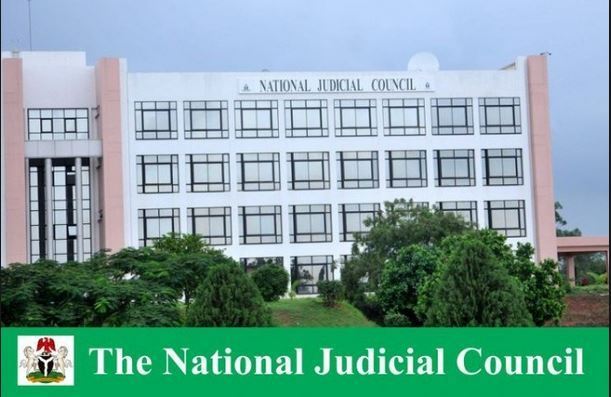 Naija News reports that the Chief Justice of Nigeria (CJN), Justice Ibrahim Muhammad, had met with seven Heads of Courts in Abuja, the state capital.

In a statement on Friday issued by NJC spokesman, Soji Oye, the judges are to show cause why disciplinary action should not be taken against them for their actions.

Oye stated that the panel was set up by the council, under the chairmanship of the CJN held at its 95th meeting held on September 15 and 16 in line with the principles of fair hearing.

He said Justice Muhammad, who expressed displeasure over the development, had threatened without mentioning names that three of the judges who issued the controversial orders would be made scapegoats.

“We shall make an example with these three judges and never shall we condone such [an] act,” the CJN was quoted s saying.

He warned that the judiciary would no longer condone indiscipline or allow any judge to tarnish the image of the judiciary.

Meanwhile, the National Leader of the All Progressives Congress (APC), Asiwaju Bola Tinubu is expected back in Nigeria from London soon.

The disclosure was made by one of his followers and the local government chairman of Isolo in Lagos State, Adebayo Olasoju on Friday.

Olasoju made the submission after he visited Tinubu in London on Friday.

The LG boss after the visit assured that Tinubu is in perfect health and would storm Nigeria any moment from now.

“Our leader is hale and hearty and we can expect him back in the country soon”, he said.