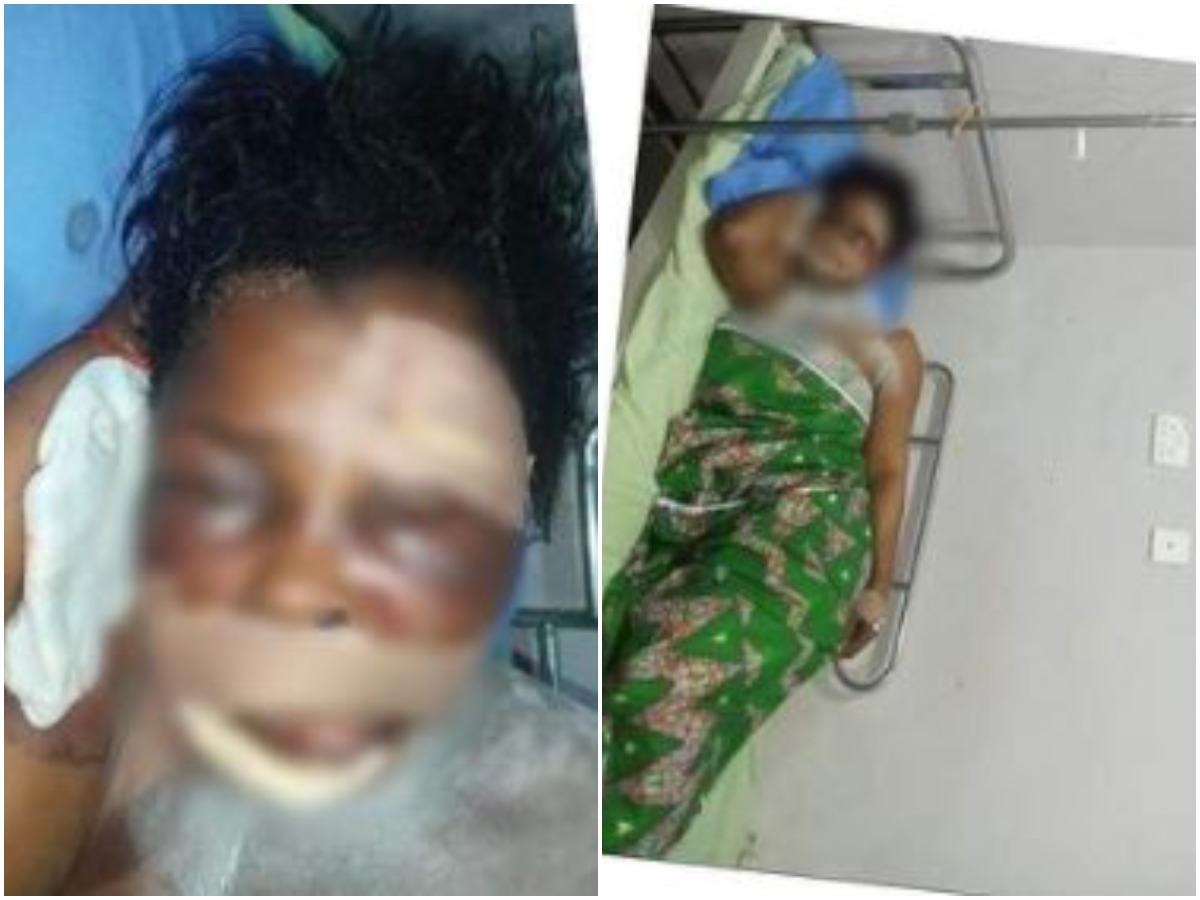 A young man identified as Emma Ereegarnoma has attempting trying to pluck out his mother’s eyes for money rituals to buy Benz in Delta State.

According to reports, the suspect who had planned to kill his mother before plucking out her eyes had invited her to his residence on Tuesday, September 14. It was gathered that the petty trader met her son in a very joyous mood with loud music playing from his home theatre.

After he welcomed her, he locked the door and tried to strangle her. Her cries for help were submerged in the loud music from the speakers. However, she used her last strength to break free and fled outside where neighbours rescued her, apprehended the son and handed him over to the police.

According to Joseph Adjari, the victim narrated that before the incident, her son had been boasting about his need to drive Benz GLK this week. She added that her son is currently cooling his feet in the Orerokpe police station while she receives medical care at a hospital in Okuokoko.

In other news, a woman has poured hot water on her boyfriend’s wife after she constantly antagonized her over their affair.

Precious Ahanonu, the girlfriend met Aremu Moshood when he employed her to manage a fish pond business. They started having an affair after a while and he rented a room and parlour apartment for her, Linda Ikeji Blog reports.