A Nigerian mother has taken to a family social platform on Facebook to share how her son who swallowed a nail and was being prepared for surgery, miraculously excreted it.

According to the mother of one, God had miraculously performed surgery on her son after doctors placed him in an emergency for surgery.

“Good afternoon great mums and mums to be, I am the mum that posted about my son that swallowed a nail on Thursday.

“Thanks for all ur advice because as of then I wasn’t really thinking straight so u guys really helped me alot.I took my son to a teaching hospital, and the doctor referred us to an x-ray which we did, and to my greatest surprise, my son indeed swallowed a nail according to them the nail has blocked the small intestine which needs emergency surgery, before we could finish the process and we were referred to a certain doctor, but on getting there the doctor has already gone. so I was told to come on Monday.

“But before the so-called Monday, that was on Sunday evening, my God, the alpha and omega the beginning and the end, the great man in battle, the greatest surgeon performed his own surgery and my son stooled the nail out. We still went to the hospital on Monday and the doctor said it is not possible, that the place the nail is, there is no way it could turn, and he referred us to another x-ray, which we did.

“My fellow parents below is the result of the first and second x-ray. Pls my fellow mother’s and mother’s to look at it very well and give God a name for me oooooh, Jehovah overdooooo” 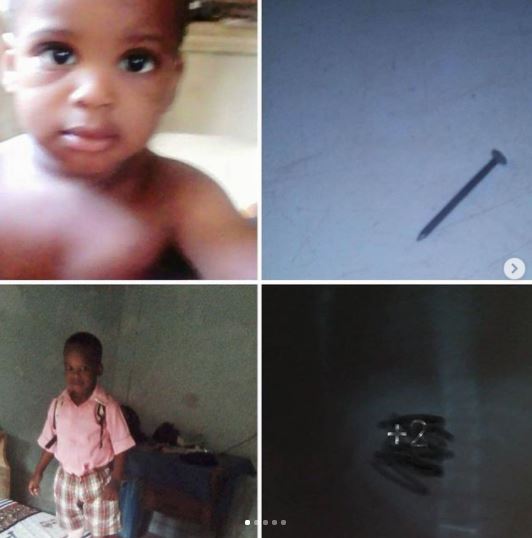 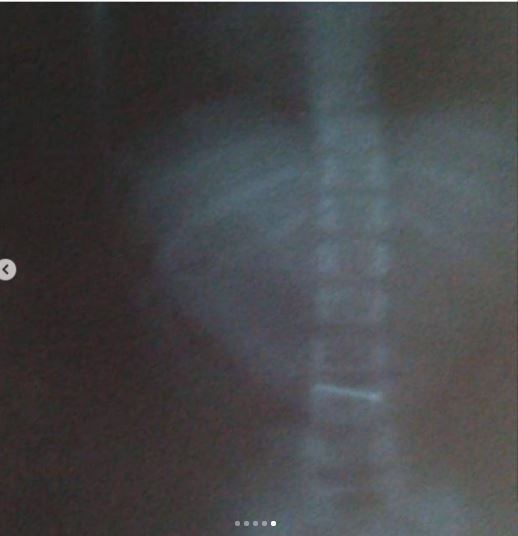