The slain pastor of the Evangelical Church of Winning All, Rev Silas Yakubu has been laid to rest at Kibori-Asha Wuce in Zango-Kataf Local Government Area of Kaduna State.

Recall that the Commissioner of Internal Security and Home Affairs, Samuel Aruwan on Saturday confirmed the death of the cleric.

He said, “The report stated that Ali departed for Kafanchan on Saturday, and was not heard from until his corpse was found by a search party early on Sunday at Kibori community, near Asha-Wuce, where he was apparently attacked and hacked to death.”

The burial service of the slain pastor at First ECWA Church, Samaru Kataf was attended by sympathisers on Wednesday.

The remains of Rev Silas Yakubu was buried in his Samaru family house at about 1:30pm.

The General Secretary of the ECWA Church, Rev. Yunusa Sabo Nmadu, while speaking on the security challenges in the country called on both the state and federal government to protect the lives and property of Nigerians.

Rev Nmadu charged the church to pray to God to attend to the security issues in the country.

Rev. Jonathan Nkom while preaching at the burial service called on the bereaved family to take solace in God over the death of the cleric.

He prayed to God to expose the people behind the murder of the cleric and eleven other members of the community.

The National President, Atyap Community Development Association, Samuel Timbuwak Achie, challenged people behind the attacks to put a stop to their action. 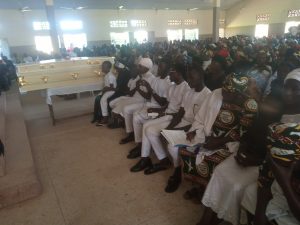 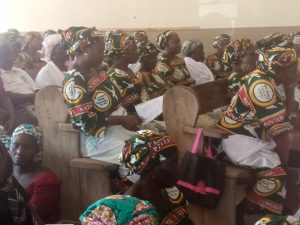 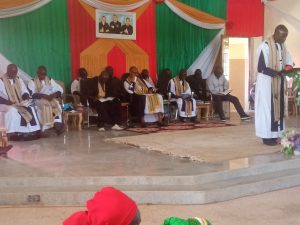