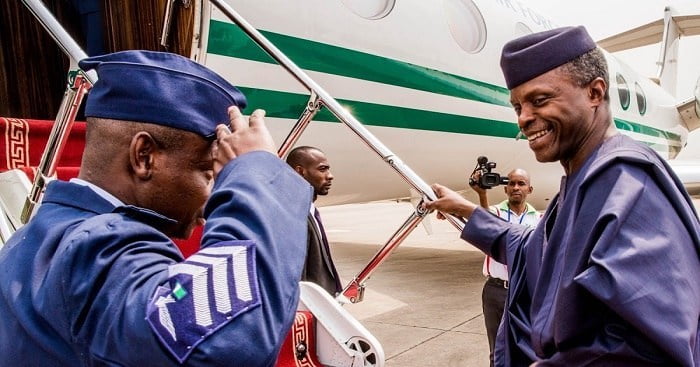 The Vice President of Nigeria, Professor Yemi Osinbajo will join other African leaders today for the 2nd extraordinary summit of the ECOWAS Authority of Heads of State and Government.

Osinbajo will be representing President Muhammadu Buhari at the meeting in Accra, Ghana which centers around discussions on the political situation in Guinea and Mali.

This was confirmed in a statement on Thursday morning by the Vice President’s spokesperson, Laoulu Akande.

Colonel Mamady Doumbouya of the Guinea military said in a video recorded in the capital Conakry that the National Assembly has been dissolved and the constitution suspended indefinitely.

The physical meeting taking place today will review the report of the ECOWAS high-level mission to Conakry on what is happening in Guinea.

The Vice President would be accompanied by the Minister of State for Foreign Affairs, Ambassador Zubairu Dada.

Osinbajo and his delegation are expected back in Abuja later on Thursday.

Meanwhile, the Presidency has accused the outlawed group, Indigenous People of Biafra (IPOB), of regularly attacking and killing security agents and innocent civilians.

In a statement signed by Presidential media, Garba Shehu on Wednesday evening, the Presidency said the group has carried out several violent attacks this year.

Shehu stated that IPOB remains a designated terrorist organization after possessing 50,000 strong militants that have killed policemen, soldiers, and civilians in the South East.