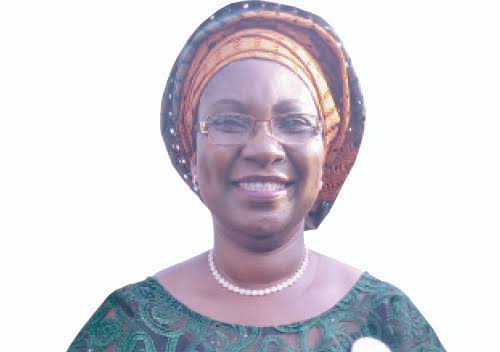 Prof (Mrs) Ibiyemi Olatunji-Bello has been appointed as the ninth substantive Vice Chancellor of the Lagos State University(LASU).

The Professor of Medicine had served as Acting Vice Chancellor of the institution before her elevation.

She is the wife of the Secretary to the Lagos State government, Tunji Bello.

She proceeded to the University of Ibadan where she bagged a Bsc in Physiology.

Ibiyemi took up a job as a lecturer and rose through the ranks in the College of Medicine of the University of Lagos, Idiaraba.

She assumed duty as the first Professor of Physiology in Lagos State University College of Medicine on 2 October, 2007.

Her husband, Tunji Bello, served as the Secretary to the Lagos State Government under the administration of Governor Akinwunmi Ambode.

He is currently the Commissioner for Environment under the Babajide Sanwo-Olu-led administration.