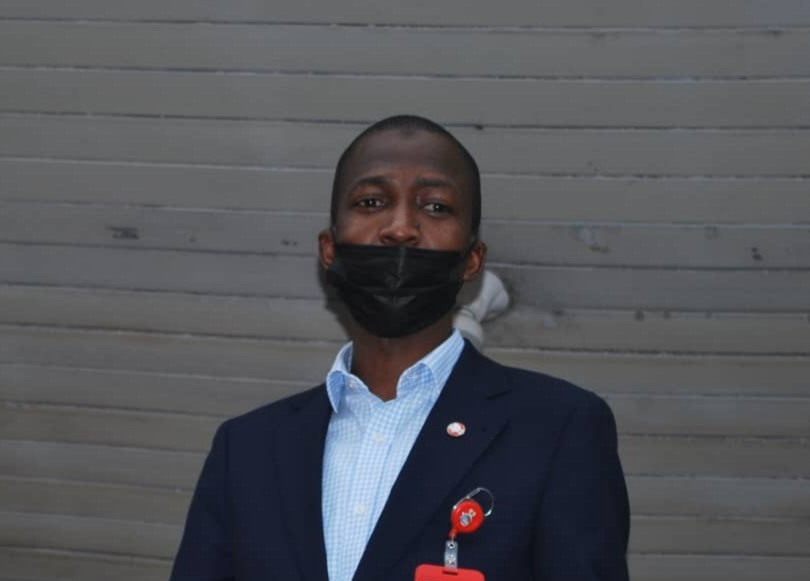 The Chairman of the Economic and Financial Crimes Commission (EFCC), Abdulrasheed Bawa, on Thursday morning reportedly slumped and was rushed to the hospital in Abuja.

It was gathered that Bawa, 41, was speaking at an event at the Presidential Villa in Abuja when the incident occurred.

The EFCC boss was giving his goodwill message at the National Identity Day celebration when he suddenly stopped speaking.

He was talking about a man the commission arrested in Ibadan, Oyo state, with 116 SIM cards when the incident happened.

Bawa had stopped talking and covered his face with his right palm, saying, “Please, excuse me, I can’t continue.”

According to reports, the EFCC chairman collapsed on stage and was hastily assisted to his seat by the Minister of Communications and Digital Economy, Dr Isa Ali Pantami and other senior officials at the event.

He was then taken to a hospital moments later to receive medical attention.

The Master of Ceremony (MC) later announced that the Bawa’s condition was stable.

“I am happy to announce to you that the EFCC Chairman is now stable,” he said

Recall that President Muhammadu Buhari had named Bawa as the chairman of the anti-graft agency in February 2021, replacing the disgraced Ibrahim Magu.

Meanwhile, a former governor of Rivers State, Peter Odili has been placed on a security watchlist by the Economic and Financial Crimes Commission (EFCC).

This was made known on Wednesday during the court mention on a suit instituted by the former governor in which he challenged the seizure of his international passport by the Nigeria Immigration Service (NIS).

The NIS said Odili’s passport was seized based on a request by the EFCC.

Immigrations however didn’t reveal why the former Rivers State governor is on the watchlist of the anti-graft agency.