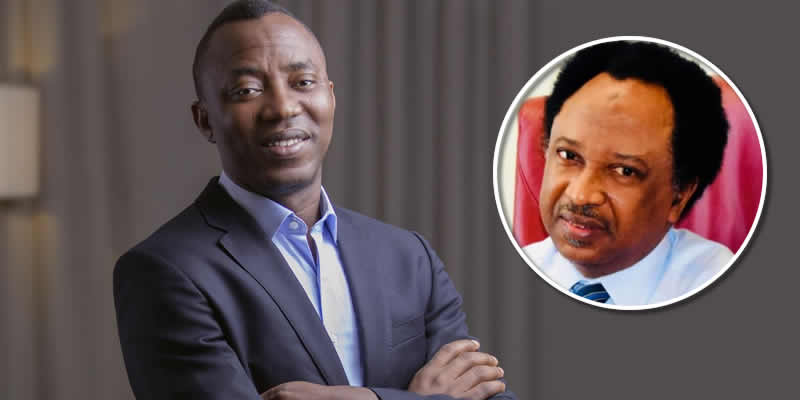 Popular activist and publisher of Sahara Reporters, Omoyele Sowore, has reacted to the news of former Nigerian lawmaker, Shehu Sani defecting to the Peoples Democratic Party.

Naija News reports that the senator who represented Kaduna Central in the 8th Senate joined the umbrella camp on Thursday.

Sani is understood to have dumped the Peoples Redemption Party, PRP, to join force with PDP in a bid to contest the Kaduna State governorship election.

The senator left the APC for the PRP after a fall out with Governor Nasir El-Rufai.

Sowore who was a former presidential candidate is understood to be friends with Sani. They were both sighted in Abuja just last week.

The Secretary to the Government of the Federation, Boss Gida Mustapha, was also at the meeting.

He was brought to the Villa by the Chairman, Caretaker Committee of the APC, and governor of Yobe State, Mai Mala Buni and Governor Bello Matawalle of Zamfara State.