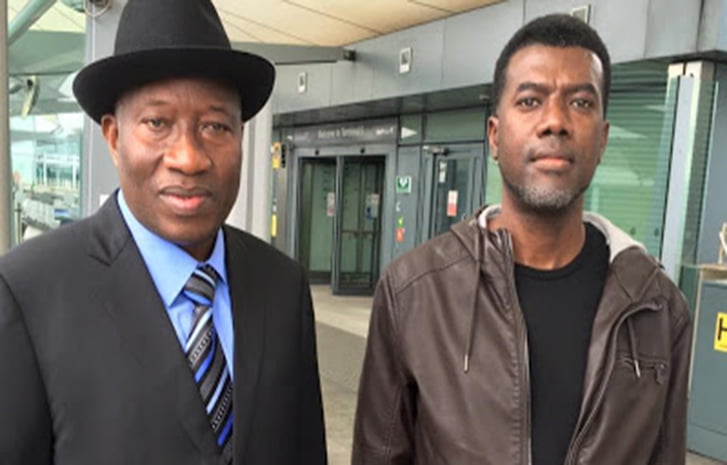 Reno Omokri, a former aide to ex-President Goodluck Jonathan has reacted to reports that his erstwhile principal is planning to dump the Peoples Democratic Party (PDP) for the All Progressives Congress (APC).

There have been ongoing rumours that Jonathan is set to join the nation’s ruling party in a bid to contest the 2023 presidential election.

In a video released on Wednesday, Omokri described as ridiculous reports that the former Nigerian leader is planning to join the APC.

The critic of President Muhammadu Buhari added that if Jonathan is decamping, he would have directed his spokespersons to announce the news.

Omokri, however, asked supporters of the former Bayelsa Governor and all Nigerians to disregard the rumours.

He said: “If such a person was to join a political party, like the APC, is it going to be on one person’s obscure Twitter, confirming it?

“I mean, he has an official spokesman. He has me, he has other loyalists. God gave us brains. Why don’t we use it?

“This man is 63 years old. In all his life, he has only been a member of one political party (the PDP).”

However, the former President has denied the rumours in a statement on Wednesday by his spokesperson, Ikechukwu Eze.

Eze disclosed that there is no truth in the defection rumours, asking Nigerians to disregard the fake news.

He added that his principal is very busy with other activities and should he decide to defect, it will be communicated through appropriate channels, and not the rumour mill.

“The report is Fake News, if he defects it would be announced through the proper channels.

“This is a man that’s very busy with other things,” he said.