Naija News reports that Nwadike’s defection was disclosed in a resignation letter he tendered to the PDP leadership on Wednesday.

Giving reasons for dumping the PDP, he said it was based on personal decision after consulting with his family and mentors.

“This is to finally inform you of my decision to resign from my position as the state publicity secretary of the People’s Democratic Party, PDP I’m Imo state,” Nwadike wrote.

“My resignation takes effect immediately. I thank the PDP for giving me the opportunity to serve the party.” 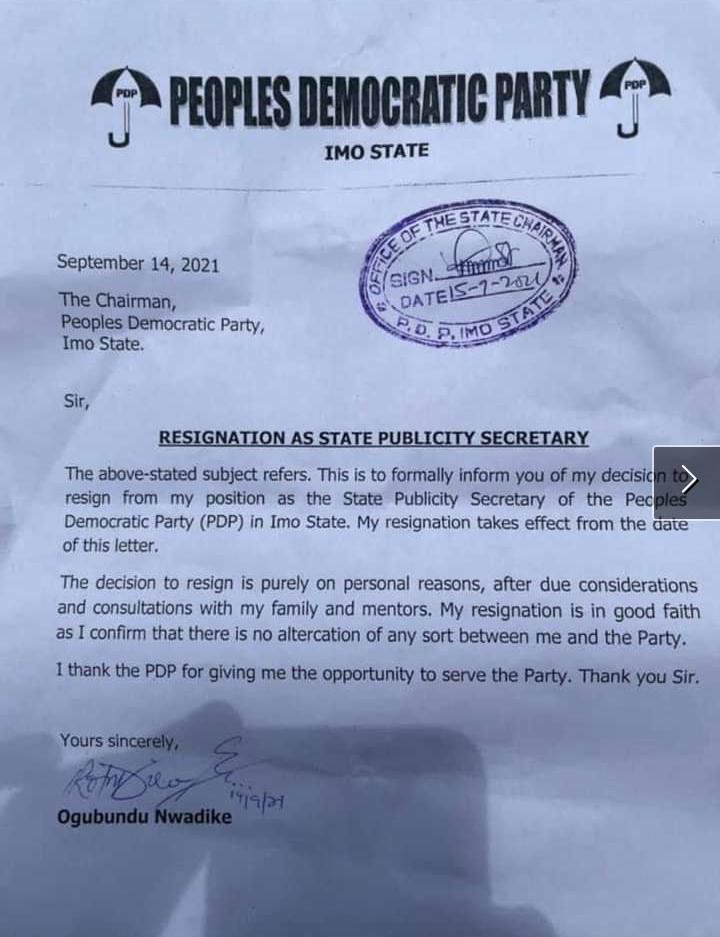 Meanwhile, Former President of Nigeria, Goodluck Jonathan has denied rumours of defecting from the PDP to the ruling APC.

The Jonathan camp made the fresh denial on Wednesday after rumours emerged again that the Bayelsa born politician has dumped the PDP for APC.

Severally, there have been rumours that Jonathan will dump the PDP for APC and contest the 2023 presidential election on the platform of the ruling party.

On Wednesday, the rumour mill went into overdrive that he has finally joined the APC, sparking anxiety from various quarters.

But when contacted for a reaction, the former president’s spokesperson, Ikechukwu Eze said there is no truth in the defection rumours.

He added that his principal is very busy with other activities and should he decide to defect, it will be communicated through appropriate channels, and not the rumour mill.