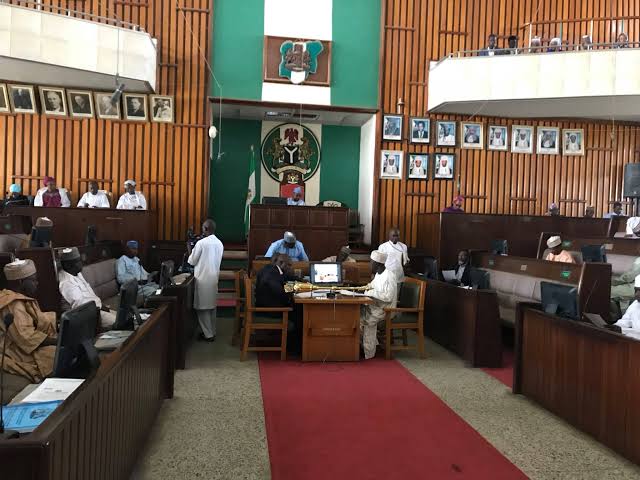 The majority leader of the Kaduna State House of Assembly, Alhaji Mohammed Inuwa, has been impeached.

The lawmaker representing Doka/Gabasawa constituency was impeached on Wednesday, September 15.

Seventeen members of the All Progressives Congress (APC) reportedly signed the impeachment letter.

Speaking with journalist shortly after the plenary, Chairman, House Committee on Information, Mr. Tanimu Musa, said the vote of no confidence was unanimous.

Meanwhile, a former Member of Yobe State House of Assembly, Alhaji Audu Babale, has defected to the All Progressives Congress (APC) in Damaturu.

Naija News reports that the politician joined the Nigeria ruling party with hundreds of his supporters.

The development was confirmed in a statement released on Tuesday by Hussaini Mai-Suleh, the Press Secretary to Yobe State Deputy Governor.

According to Mai-Suleh, the politicians had defected to APC due to the exemplary leadership of Yobe State Governor Mai Mala Buni.

“Babale said he defected to APC because of the leadership style of Mai Mala Buni, the Chairman, APC Caretaker and Extraordinary Convention Planning Committee,” Mai-Saleh noted in the statement.

The statement also quoted the Yobe Deputy Governor, Alhaji Idi Gubana as “assuring the new entrants of equal and fair treatment to take the party to greater heights’’.

Gubana also said that the governor was capable of carrying everyone along, irrespective of any political differences.