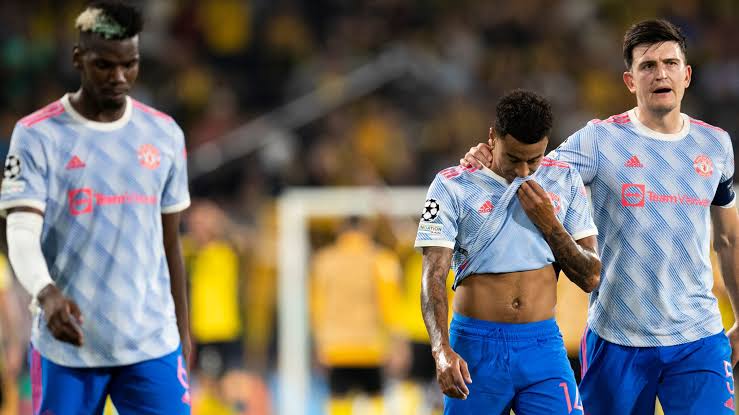 English professional footballer, Jesse Lingard became a villain in the United squad after his poor backpass gave the hosts a last-gasp winner.

Naija News reports that the Red Devils were in charge of the game through the first half after Cristiano Ronaldo netted his third goal in only his second appearance since he rejoined the club.

Young Boys, however, got a boost after Aaron Wan-Bissaka was booked a straight red card in the 34 minutes of the match for a high challenge on the Swiss side’s Christopher Martins.

In what could be termed as selling out, while the match was about to end in a draw, Lingard’s in an attempt to locate David de Gea, put out a poor backpass and gave Young Boy’s Theoson Siebatcheu a chance to tuck past the United goalkeeper.

Naija News reports that the Tuesday match was Ronaldo’s first loss since he rejoined the Red Devils from Juventus.

Meanwhile, Manchester United legend, Rio Ferdinand, has revealed why the Red Devils may not win the Champions League trophy this season.

The sports pundit said despite a good choice of signings during the transfer window, inexperience could stop United from winning the Champions League this season.

Naija News understands that Manchester United manager, Ole Gunnar Solskjaer, during the last transfer window, added the likes of Cristiano Ronaldo, Jadon Sancho and Raphael Varane to his squad in a bid to win his first silverware at Old Trafford.