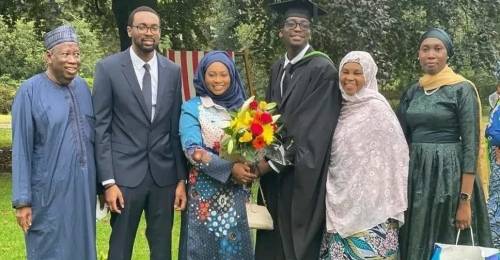 The first lady of Kano State, Hafsat Ganduje has shunned the invitation of the Economic and Financial Crimes Commission and instead attended the graduation of one of her sons in the United Kingdom.

The anti-graft agency had invited the wife of the Kano State Governor, Abdullahi Ganduje over alleged involvement in a land fraud scandal.

As earlier published by Naija News, Hafsat was invited by the commission following a petition by her eldest son, Abdulazeez.

Abdulazeez had accused her mother of using the family’s access to power to privately enrich herself.

A source disclosed that Abdulazeez wrote a petition about a property developer who contacted him to help facilitate the acquisition of some plots of land in Kano with some hundreds of thousands of US dollars and at least N35million as “facilitation commission.”

The Kano State Governor’s son noted that he paid the sum in dollars to his mother, Hafsat.

The source said, “but three months later, (the property developer) discovered that the plots of land he wanted and had paid the first family for had been allocated to other buyers and he then requested to be refunded.”

Meanwhile, the spokesman to the Governor, Abubakar Ibrahim, on Tuesday announced the London trip.

Ibrahim also posted photos of members of the Ganduje family attending the graduation on Facebook. 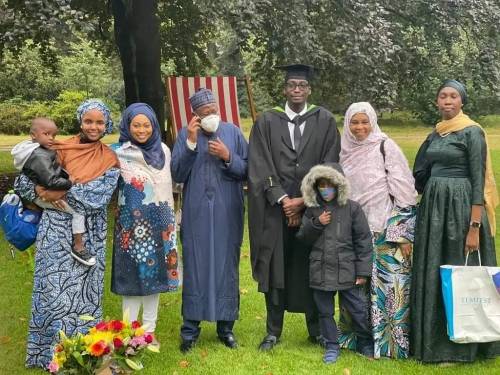 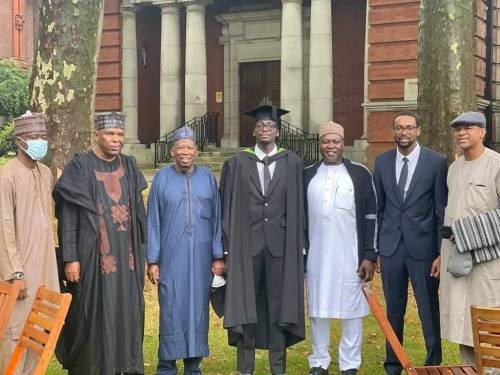