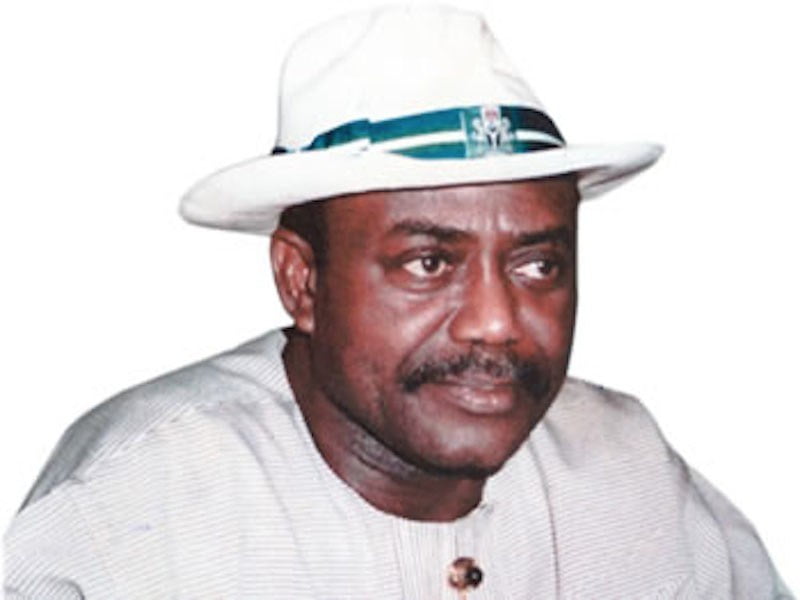 A former governor of Rivers State, Peter Odili has been placed on a security watchlist by the Economic and Financial Crimes Commission (EFCC).

This was made known on Wednesday during the court mention on a suit instituted by the former governor in which he challenged the seizure of his international passport by the Nigeria Immigration Service (NIS).

The NIS said Odili’s passport was seized based on a request by the EFCC.

Immigrations however didn’t reveal why the former Rivers State governor is on the watchlist of the anti-graft agency.

“The applicant’s passport was seized because he is on the service’s (NIS’) watch list as requested by the Economic and Financial Crime Commission (EFCC).

“It is the government’s policy that streamlines the security agencies present at the point of entry/exit from the country. The respondents (NIS and its Comptroller-General) are the lead agency for the above stated function.

“All security agencies collaborate by submitting list of any person on the watch list to the respondents.

“The respondents are to carry out the function at the point of entry/exit. The applicant (Odili) was watch listed at the request by the EFCC.

“By the virtue of Section 31 of the Immigration Act 2015, the respondents are empowered to prevent the departure from Nigeria where there is a request to arrest such a person in the public interest as requested in the instant case by the EFCC.

“By the above section of the Immigration Act, the respondents are empowered to seize the applicant’s international passport because he was watch listed sequel to EFCC requested,” the NIS said in a counter-affidavit filed by its lawyer, Jimoh Adamu against the challenge by Odili in a suit marked FHC/ABJ/CS/965/2021.

Naija News understands Odili had approached the court and filed a suit against the NIS claiming an unidentified operative of the service accosted him at the Nnamdi Azikiwe International Airport, Abuja, and took his passport from him.

Narrating how the incident happened, Odili in the supporting affidavit in the suit filed claimed that “In the early hours of Sunday 20th June, 2021 at about 5am, I returned to Nigeria from the United Kingdom where I had gone for my medicals, through the Nnamdi Azikiwe International Airport, Abuja.

“My travel documents, including my Nigerian international passport No: B50031305 were checked and given back to me, by the immigration officials.

“However, while waiting for my luggage, an official of the immigration service came over to me and demanded for my international passport aforesaid.

“I demanded to know why he wanted it, and he stated that it was for a routine check, and that same will be given back to me the following day.

“No official explanation, other than the above conversation, was given to me. I gave him the passport, and up till now same has not been returned to me.

“The seizure of my passport by the respondents has denied me movements in and out of Nigeria, thereby restricting my movement in violation of my constitutional right to freedom of movement.

“I know as a fact that I am a very senior citizen of Nigeria, law abiding and I have done nothing to have warranted the seizure of my passport by the respondents.”

He wants the court to enforce his fundamental human right and order the NIS to return his passport and apologize to him.

But the NIS in its response through its lawyer in court Jimoh Adamu said the case filed by Odili is premature and didn’t follow the right procedure.

“This action is premature and incompetent as the applicant fails to serve pre-action notice on the service as condition precedent before filing this suit against the respondents.

“The failure to serve pre-action notice robs this honourable court of jurisdiction.

“The applicant is not entitled to the reliefs sought and the suit should be dismissed with substantial cost for failure to comply with condition precedent.”

Adamu further told the court that his clients have filed a counter-affidavit, but which was filed out of time and requested permission to regularize it.

There was no objection from Odili’s lawyer, Ifedayo Adedipe (SAN), and Justice Ahmed Mohammed granted the respondents’ request to regularise the process filed out of time.

The case was thereafter adjourned till September 28 for hearing.