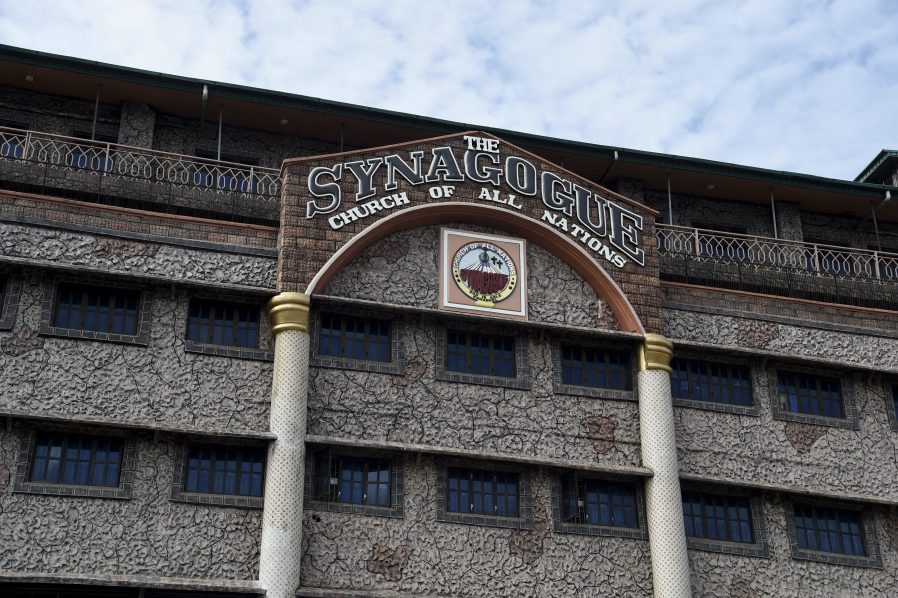 Prophet Ikechukwu O. Samuel, who is a leading protégés of the founder of Synagogue Church Of All Nations, has lent his voice to the current leadership squabble in the ministry, urging the widow of the late founder, Prophet TB Joshua, Evelyn, to “flush the system more and have a life don’t spare any vampire in your camp it can be deadly”.

The protégé, who is also the founder of the Abuja based Shiloh Word Chapel, called Evelyn as the biblical Deborah of this age, as he slammed an unnamed cabal who according to him, buried the mighty works of TB Joshua, including his love, charity, humility and unusual grace of healings globally.

Naija News had reported that the Economic and Financial Crimes Commission (EFCC) invited some disciples of Prophet TB Joshua over alleged financial fraud and diversion of the church’s funds.

A trending post on social media reports Prophet Samuel as saying that Evelyn has started flushing out all kinds of Judases who soiled the reputation of SCOAN, killed the destiny of many who loved the ministry, and gave the humble woman pains. He continued, “I say this here as one of the closest sons to daddy TB Joshua in physical and in the spirit all his ministry pains came from this CABAL of evil ladies under the covering of discipleship.

“Personally, I have been asked by daddy to get visas for his crusades to many nations and all turned down by one story or the order. They did same too many close friends and frustrated partners too. Daddy TB Joshua said all should go and marry, they refused for material reasons not for claimed salvation.

“Even white ladies joined to humiliate partners in wickedness for years I have been doing midnight prayers for this day to come.

“They are ready to kill you if daddy loves you or has interest to make you a close friend or for mentorship, all lovely people sent to be mentored by holy ghost through daddy TB Joshua, went back in pains; but mine was beyond human powers it was heavenly, I used humility and wisdom to remain and became a product of grace if not, It’s like an impossible relationship other fathers honors the sons but if he tries, they will all fight the prophet.  It made me to have raw power and I became rugged in all areas.

“Finally,  I want to sound a warning, daddy TB Joshua has so many sons worldwide, but am one of his major sons that stood with him openly not in secret loyalty, till the end; if you knew Prophet TB Joshua, you must know the son Prophet I O Samuel; his fight was always mine;  yes daddy has gone to rest in with God but his spirit is very much alive today, mummy don’t spare anyone that is among this cabal or anyone that will not obey you  as an employee will not be higher than the employer.”