An ex-Boko Haram commander who has ‘repented’ and submitted to troops of the Nigerian Army has disclosed that the true leaders of the terrorist group don’t go to the battlefields.

According to him, the majority of those killed or captured by the troops in recent times are ordinary fighters or low-ranking commanders of the dreaded group.

The ex-fighter identified as Adamu Rugurugu further disclosed that the top leaders are fond of sending them to the battlefronts to die while they remain faraway and secured in the strongholds. 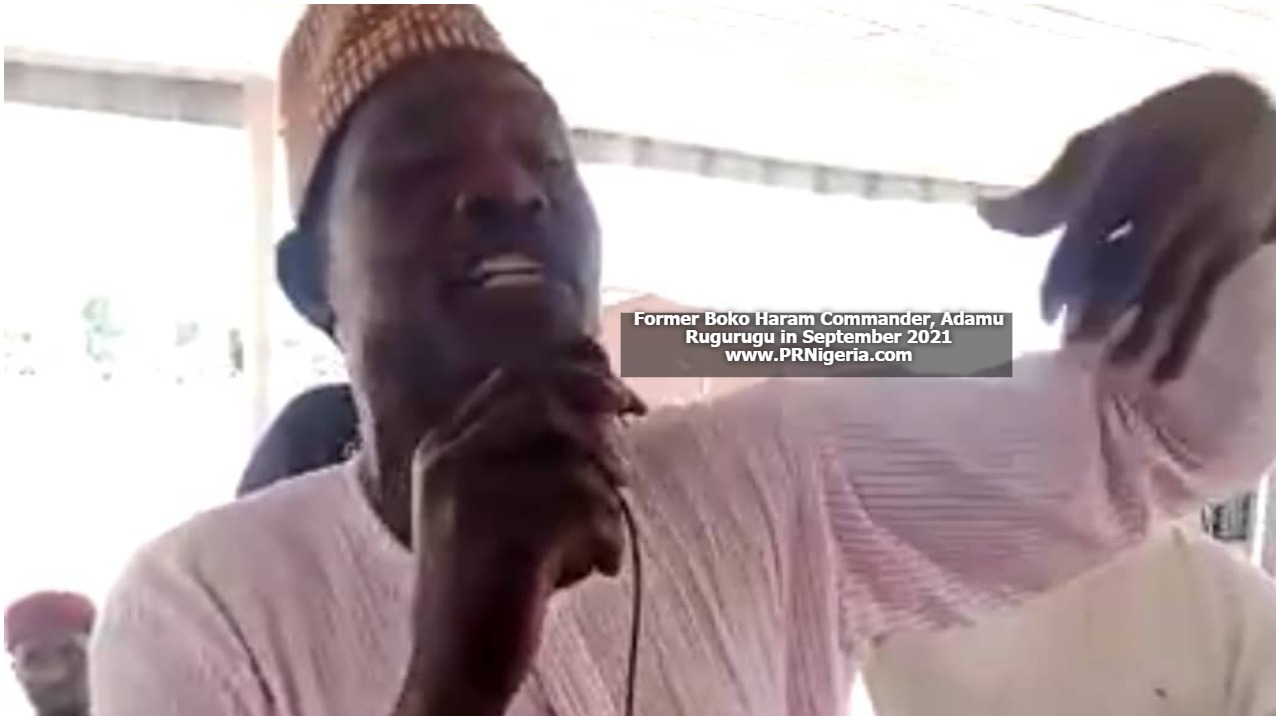 Rugurugu made the disclosures in a video clip as reported by PR Nigeria where he added that most of them were recruited into the Boko Haram terrorist group against their wish, indoctrinated, and sent to the battlefields to carry out operations.

He told others who are yet to surrender to do so and lay down their arms, noting that the promise made to them by the leaders about doing it for God and a special reward for them in paradise is nothing but pure scam.

He said, “…The leaders (top commanders) had misled us and only God can avenge on our behalf because most of us were forcefully abducted from our homes, marched to Sambisa Forest, conscripted into their evil ideologies, persecuted and ill-treated because there is nothing that we have not seen.

“However, we were mobilized and stationed at Sambisa Forest, busy holding the horn while the leaders (top commanders) are milking the cow.

“We cheated ourselves, and we will not go back again since God has now delivered us out of this predicament, we returned to the community and soldiers have accepted us.

“The leaders are not attending the battle, it is only the low-ranking members that carry guns, have you ever heard of any ‘Khadi’ or ‘Wazir’ leading the battle on the frontlines? They will say you are doing this thing for the sake of God and when you are killed, paradise will be your final abode, I swear to God this is a scam, you are not going to any paradise.

“Personally, to my brothers who are still inside the forest, we choose to lay our arms and surrender ourselves in order to turn a good leaf.

“You should become a responsible man, everybody will praise you and government is living up to its promise, they are very vigilant, anybody who did not repent and adjust his attitudes, action will surely be taken against him.”

He further expressed appreciation to the military for treating them kindly after they repented and appealed to the people of their different communities to accept them back, saying they are now ‘born again.’

“Those soldiers who pity us without any ill-treatment or molesting us, we pray that God increases them in value. Whoever will bring tension in Nigeria and who doesn’t want peace to reign, may Allah distance him far away from us totally,” he said.

Naija News reports over 5,000 ex-Boko Haram fighters have surrendered themselves and their weapons to the Nigerian Military and are appealing to be re-integrated into the society.