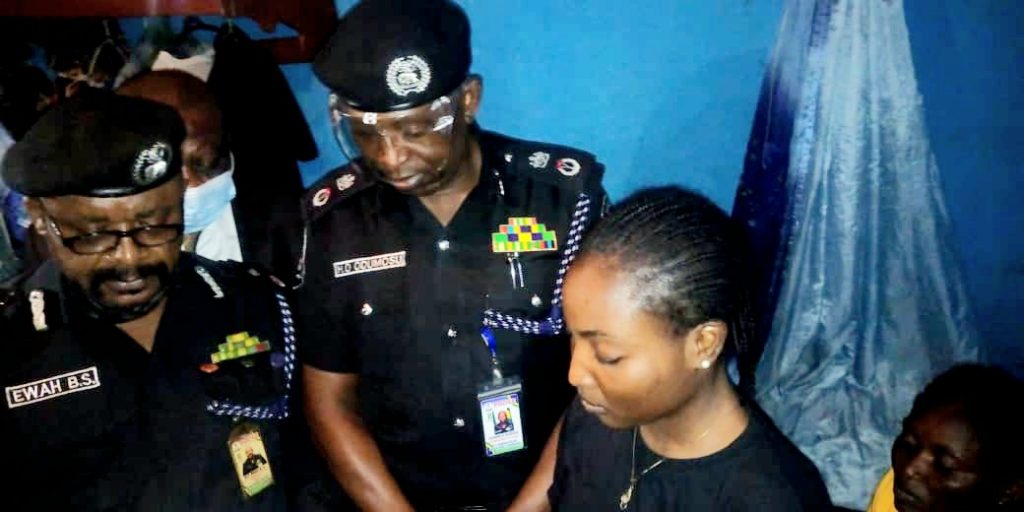 The Commissioner of Police in Lagos State, Hakeem Odumosu has revealed the identity of the police officer responsible for the death of a 18-year-old admission seeker, Monsurat Ojuade.

Odumosu revealed this during his condolence visit to the family of late Monsurat Ojuade on Monday.

Ojuade lost her life on September 11 after she was hit by a stray bullet at Ijesha.

It was reported that the bullet was fired by an operative of the police under the State Criminal Investigation Department, Panti, who was on an operation to arrest a robbery suspect.

The Commissioner of police had the company of members of the command’s management team and other senior officers during the visit.

Odumosu on behalf of the Inspector-General of Police, Alkali Usman and Force personnel in Lagos, commiserated with the Monsurat’s relatives and friends.

He expressed regret over the saddened incident which cost the teenager her life, he also prayed for the repose of the departed soul.

The Commissioner disclosed that the shot was fired by a police officer identified as Sgt. Samuel Phillips.

He added that the police officer is undergoing an orderly room trial and assured that justice would be done.