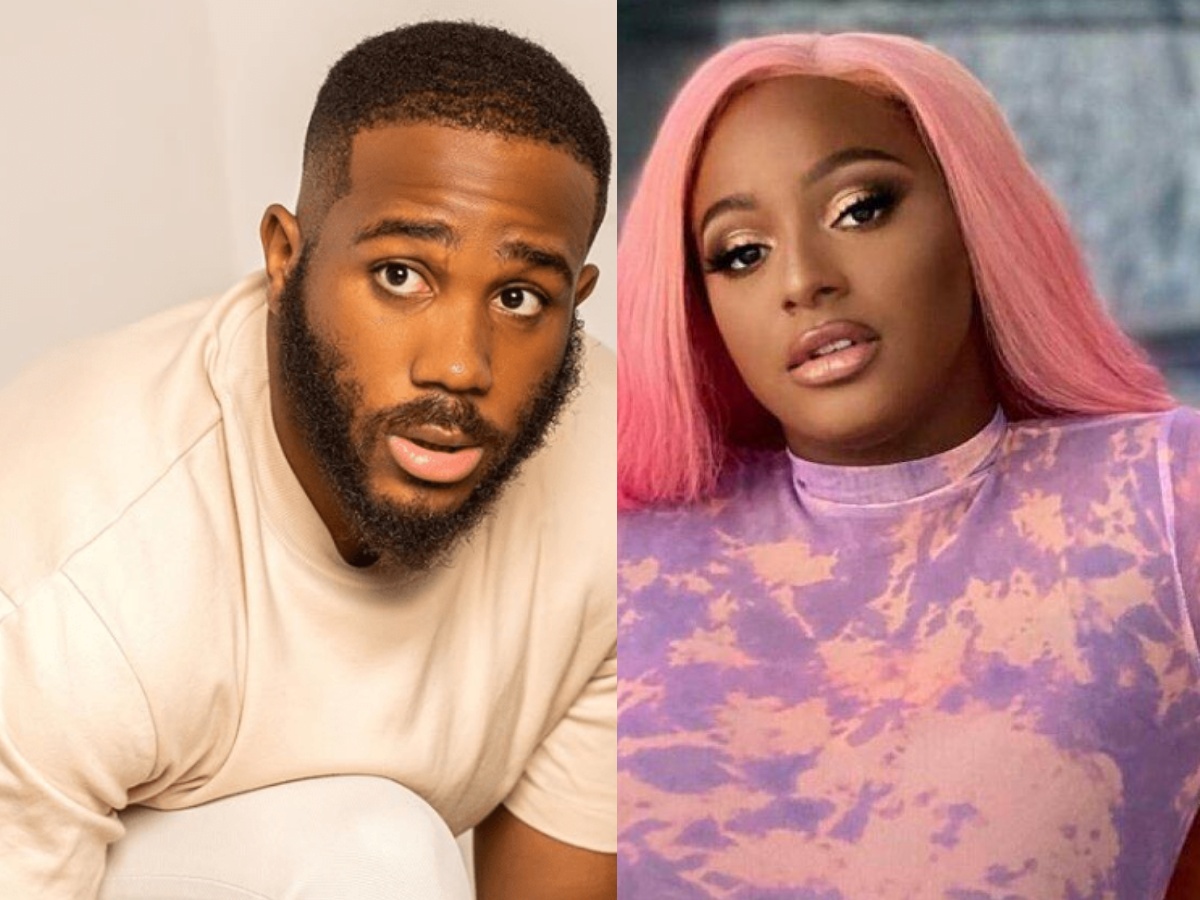 Their ‘fight’, Naija News understands started after Kiddwaya, during a conversation told Florence Otedola (Cuppy’s birthname) to drop aside her billionaire attitude maybe she could get a man to stay by her.

The trending scenario was an extract from the rich kid’s part in a reality show, Highlife.

In the video, Cuppy was getting along with Kiddwaya in a conversation before it all got heated by the male friend’s advice.

Cuppy’s mum, Nana, who also featured in the reality show could be seen backing Kiddwaya’s comment saying he was just being himself.

Kiddwaya had said that Cuppy’s attitude is controlling and that she needs help. He admonished her to rob herself of the billionaire lifestyle so at least she can find a man.

His words obviously did not settle well with Cuppy as she grabbed a glass of drink and poured it on Kiddwaya before heading out in anger.

Meanwhile, Ebuka Uchendu’s Wife Cynthia Obianodo has revealed that she could not stand her husband when he was on the Big Brother Naija show.

Cynthia opened up on how she felt towards Ebuka when he was on the show and she said she was quite impressed by Ebuka’s performance.